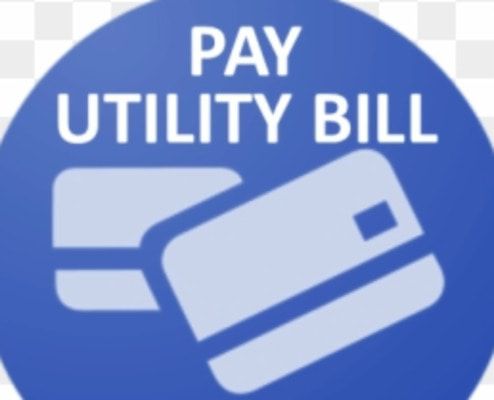 Fulton residents who use water, sewer and gas services from the city’s utility department should be on the lookout for a letter from the city next week, if payments have not been made on delinquent bills.

Following last week’s issuance of an executive order from Kentucky Gov. Andy Beshear, delinquencies on utility bills, including electricity, water, sewer and gas will no longer be considered covered by an imposed deferral on bill payments.

That deferral was initiated to allow some relief to citizens who found themselves having difficulties as the result of the covid-19 outbreak, including the loss of income through mandated business closures, or factory shutdowns.

The order issued Oct. 19 from the Governor, stated as of Nov. 7 disconnection policies could be put back in place, if bills are not paid.

“My plan is to have something ready to send out next week,” said City Manager Mike Gunn, during the Fulton City Commission’s Oct. 26 regular session.

“We have been way too nice. We should give them no more time, we could get things done and get them expeditiously done. We don’t need to waste any time,” said Mayor David Prater.

City Clerk Helen Lee estimated over $35,000 in past due utility bill payments was outstanding, as of the date of the most recent bill mail out.

Gunn said because of time constraints, he had considered giving delinquent customers until Nov. 20 to make good on the outstanding balances. That way, Gunn explained, the deadline would align with the next scheduled cut off date, for non-payment of services, on the 20th.

Discussion then took place among Commissioners Darcy Linn, Elaine Forrester and Martha Vowell, as well as City Attorney Allison Whitledge, regarding stipulations included in the most recent Executive Order handed down by the Governor, which could be interpreted as allowing for a payment plan to be proposed to each delinquent account holder.

Gunn said he planned to make the correspondence simple, to alert the customer of the required payment, propose the payment plan to continue current bill payment as well as methodically pay off the outstanding balances unpaid for the first several months of the covid-19 pandemic.

“That will be it, then,” Gunn said, noting if no pay-off has occurred, or payment plan in place, disconnection of services will occur.

Whitledge said she would review the executive order more thoroughly, as to what may be required from the city and she and Gunn will discuss those findings Tuesday morning.

The city’s streets will soon receive a Fall spruce up, as the officials voted to retain Sweeping Corporation of America to perform “street sweeping” services on all streets within the city, for an estimate of $3,305, to equate to 24 hours of sweeping, through the use of rotary sweeping equipment and telescopic mechanics and air power.

“We will not get it all with the first pass but after the first pass, we can go back with a focus on some elbow grease, and that will then help with the leaf vacuuming Public Works uses on the streets,” Gunn said.

Gunn explained it would take planning and scheduling, as well as public notifications to allow for the relocation of vehicles along city streets during the time residential areas are swept and making sure to conduct street sweeping in the downtown business district after hours.

“I think it is a great idea, maybe it is just the wrong time. If it has not been done since the 70s, I just do not know if it is something we need to do,” said Mayor Prater, adding he could be more in support of a one time street sweep for all city streets, but no commitment to any additional contracted services.

Gunn said he could finance the sweep through contingency funds.

The Commissioners and Mayor Prater unanimously agreed to authorize the city manager to seek out citizens interested in serving on a number of city boards which now have vacancies. He said a simple application has been compiled, and advertisements will be published to encourage residents to apply for openings on the city’s Fulton Housing Authority Board, the Planning and Zoning Commission, the Board of Zoning Adjustments and the Fulton Airport Board.

Applications are available in the City Clerk’s Office of Fulton City Hall.

Gunn and Code Enforcement Officer Nathan Lamb updated the officials on a scheduled Waste Tire Collection date at the Public Works Department facility, Nov. 16-18, from 7 a.m. to 3 p.m. each of those days, open to Fulton residents with valid identification.