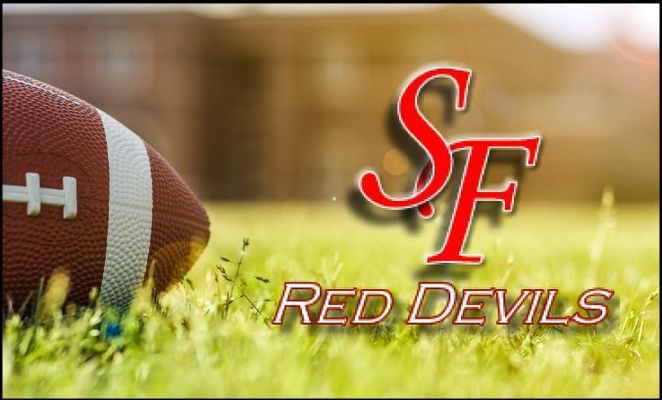 The point production by the War Eagles was the largest of the year against the Red Devils, who came into the game holding their opponents to less than 14 points per game.

South Fulton took a 6-0 lead in the first quarter, when their opening drive resulted in a touchdown run by Dalton Morris.

Points on the scoreboard were then halted until Drew Barclay crossed the endzone on a scoring run in the fourth quarter.

“I have to say top to bottom that this was the best football team we have played all year,” said Coach Eric Knott of the 5-2 War Eagles. “The were so balanced on both sides of the ball. We tried several different things to counter, but they didn’t bend. Their guys were so focused and prepared. There was some good coaching on that side, and evidently some guys who were bought in to doing things the right way. They were a really good football team.”

With the loss, South Fulton fell to 2-6 and will now end the year at home when they take on Gleason.

“Gleason is really playing good football right now,” said coach Knott. “Noah (Coach Lampkins) had his guys tied with Lake County at the half, and they really played well against both Greenfield and Dresden. We are going to play well, and hopefully this senior class will step up and go out on a good note.”

Kickoff at South Fulton on Friday night will begin at 7 p.m.