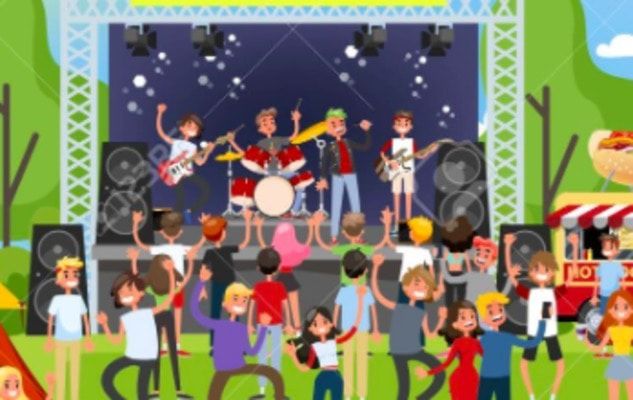 Fulton Tourism Commission board members were updated by Executive Director Thea Vowell last week, regarding her recent request to the Fulton City Mayor and Commissioners, following direction from the board.

She explained during the June 11 session at Pontotoc Community Center that she had addressed the City Commission at their June 8 meeting, to seek their recommendations regarding the Tourism Commission’s planned Summer events, including July 4th fireworks, the July and August dates for the previously scheduled Summer Concert series, as well as this year’s Banana Festival.

She said she estimated approximately two hour concerts for each night, and anticipated the securing of food trucks along vendor row for those in attendance.

As to the Fourth of July event, Vowell reported advertising would soon begin to promote the fireworks show planned for dusk on July 4.

Discussion took place by the board regarding the possibility of seating at Lohaus Field to view fireworks, however Vowell said although the Fulton Railroaders season has been cancelled and there will be no game that night, as is customary, the Railroaders ownership leases the field from the City. Pat Frazier volunteered to speak with Railroaders ownership regarding the possibility of opening the field to spectators that night, for view of fireworks launched from Fulton’s City Park.

Following a meeting with this year’s Banana Festival Committee, Vowell said those volunteering on that committee had discussed and decided on options for the September festival’s events, which could allow for the continuation of the festival, but also be mindful of guidelines to observe social distancing.

She and Crawford, who serves on the Banana Festival committee, said the pageant, faith and family night, Tyson community meal, Pudding Path competition, parade and the serving of the “One-Ton” banana pudding were planned, with certain modifications.

“We are thinking about maybe having the Pudding Path teams set up outside, if they would be willing to do that. We were also thinking that instead of one big pudding in the parade, we go ahead and have the pudding servings pre-packaged, maybe filling the container on the float and also having extras in the refrigerated truck, which we could then place on tables for parade spectators to come up and get. We know we would need lots of help for the pudding if we did it that way,” Vowell said.

Discussion took place as to other area festivals having cancelled their events for 2020, with some Tourism Commission Board members expressing concerns regarding possible new recommendations handed down from the Governor, which might impact the festival in September.

Vowell said at this time, no funds have been expended as to entertainment deposits, or other up front expenses and she had encouraged event chairpersons to hold off on ordering needed materials for their event, until closer to the date, as well as giving consideration to securing items with no specific date, as those could be used for a future festival, should obstacles arise.

Festival corporate sponsorships, and options to consider instead of the production of a souvenir book were discussed, with Vowell reminding the board many businesses or industries may have experienced setbacks as a result of Covid-related shutdowns.

However she said she realized many of those corporate sponsors may have not experienced loss during the pandemic.

Regarding the souvenir booklet, Vowell said she wanted to begin reaching out to businesses about a different option, which could be distributed through the newspaper, also allowing the reduction in the amount of time needed to complete the booklet. She said she would research the cost for the option and prepare letters to be sent to potential sponsors and supporters of the festival.

Minutes from the May meeting were reviewed and approved, as were the May Financial reports.

Regarding the financials, Vowell noted tourism tax had been impacted as a result of Covid, and she had been requested to consider a probable 20% loss in revenue, when formulating the 2020-2021 budget for the Tourism Commission.

Gossum said in his review of the financial information, to date, it appears the percentage could be lower, closer to approximately 10%, regarding loss.

Under new business, the board authorized Vowell to allot up to $2,500 toward the repair of the Pontotoc Park fountain.

She said as the Tourism Commission’s July 4 event, usually including the cost of the first 200 spectators for a Railroaders baseball game that evening, would not be spent as previously budgeted, she wanted to propose the Tourism Commission funding to assist in the fountain’s repair. She said she had spoken with Fulton’s Public Works Department leadership and believed the repairs could be made.

Board member Derrick Jackson was absent from the meeting.