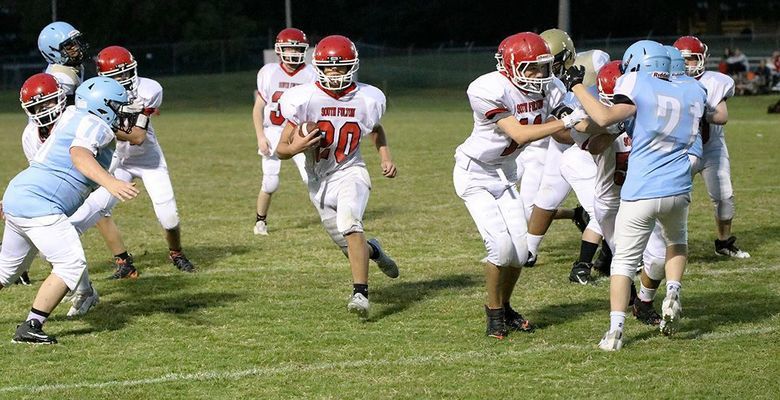 The South Fulton Jr. Red Devils ran their season record to 4-1, with a 44-6 road win over Fulton County.

The Jr. Red Devils took a 16-0 lead in the first quarter, when Dallas Whitehead first scored on a four-yard run, followed by a Brady McFarland two-yard run.

Whitehead complimented both touchdowns with the two-point conversion.

In the second quarter, Whitehead again crossed the endzone on a 17-yard run, with McFarland connecting with Dane Cirkles on a 25-yard scoring pass.

Charles Mulcahy and Cirkles converted on the two-point conversions, and South Fulton took a 32-6 halftime advantage.

The Jr. Red Devils offense continued to click in the second half, with Cirkles scoring on a third quarter three-yard run, and Mason Parrish crossing the goal line on a six-yard run in the fourth quarter.

In the passing game, McFarland connected on 2-of-6 for 48 yards.