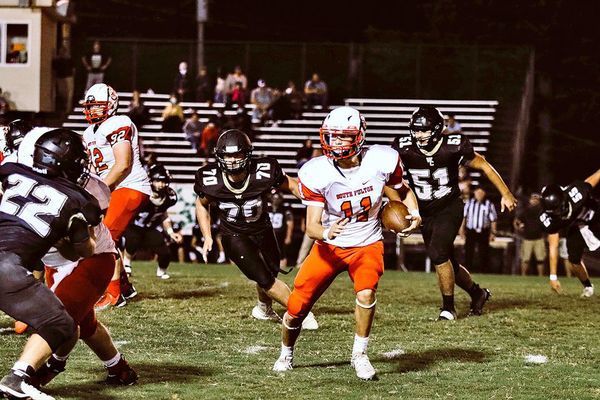 The South Fulton Red Devils were held in check last Friday night, and fell on the road at Wayne County, 14-0.

The Red Devils managed only 68 total yards of offense, and have not scored in eight consecutive quarters.

“Our defense played great again, but we just can’t get anything going on offense,” said coach Eric Knott. “Jaden (Knott) goes down with an injury and it kinda deflated the guys a bit. Third play of the game. We have got to go back to the drawing board and fix things.”

The only scoring on the night came in the first quarter, when Wayne County’s Cade Crews threw a 29-yard touchdown pass to Clay Baugus.

Baugus then converted the two-point conversion for an 8-0 lead.

As far as being shut out again, coach Knott said the team is playing different from what is being taught in practice.

This week, the Red Devils will return home to host Senior Night, and play a district game against Dresden.

“Be the first time in a while,” said coach Knott. “Feels like it has been a year since we were at home. It’s Senior Night and I believe the kids will be excited. We have to raise our level of focus before the game. We need focus and energy.”

Kicoff for the South Fulton – Dresden game will begin at 7 p.m., with pre-game Senior Night ceremonies.