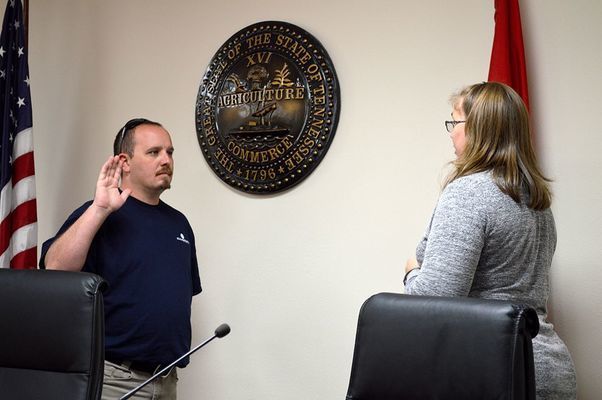 The resident of South Fulton’s Ward 4 was appointed to serve the remainder of Commissioner Billy Williams’ term in office, set to expire with November’s election. Williams chose not to seek re-election and on Thursday, the first order of business for South Fulton Mayor David Lamb, Commissioners Beatrice Wilcox and Terry Taylor was to review and ultimately accept Williams’ letter of resignation from his post.

In the letter read by Mayor Lamb, Williams thanked the commission and citizens for the opportunity to serve as Commissioner for Ward 4, explaining he and his family had relocated outside of Ward 4, to a different Ward within the city, prompting his resignation.

Caksackkar’s appointment was unanimously approved, with Mayor Lamb noting Caksackkar’s name was already to be included on this November’s ballot, qualifying as a candidate for Ward 4.

Prior to adjournment, the new Commissioner thanked the officials, stating it was “an honor and a privilege to serve, and thanked his family as well for their support to pursue the office.”