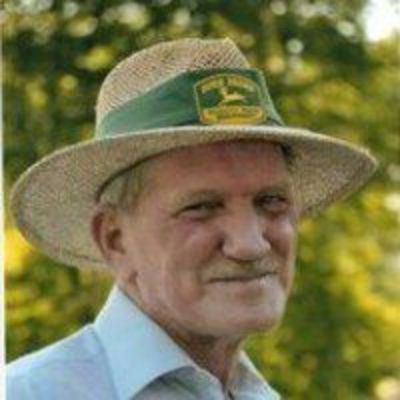 He was born in Phillippy, Tenn., July 25, 1942, the fifth child of 10 children born to Ellis Estelle Mathis Sutton and Johnnie Raymond Sutton, Sr.

His younger years were spent around Fulton and South Fulton growing up on a farm and working as a sharecropper.

In 1961, he went to work at Burnette Tractor Company in Fulton.

In 1964, he was drafted into the United States Army and after he finished basic training, he came home and married Patsy Bolton.

After being honorably discharged in 1966 as Specialist E4, he went back to work for Burnette Tractor, working for them until they closed in 1986. He worked on John Deere tractors so much he was called, "The John Deere Man".

He opened his own business, Riceville Repair with Charles McCoy, and a year later, his brother-in-law Jimmy McFadden joined the team. He sold the business in 2006, then became self-employed, working out of the back of his truck, making "farm" calls to work on equipment.

He gave his life to the Lord in 1954, teaching the gospel to people of all ages. He joined Second Baptist Church of Clinton, in 2014, where he became the self-appointed greeter.

Robert was an avid fan of the St. Louis Cardinals and University of Kentucky Wildcats Basketball teams.

He was preceded in death by his parents, his first wife, Patsy Bolton Sutton and two brothers, J.P. Sutton and Guy Thomas Sutton.

Funeral services will be held at 11 a.m. Oct. 7 in Hornbeak Funeral Home of Fulton, funeral chapel with

burial to follow in the Pleasant View Memorial Gardens.