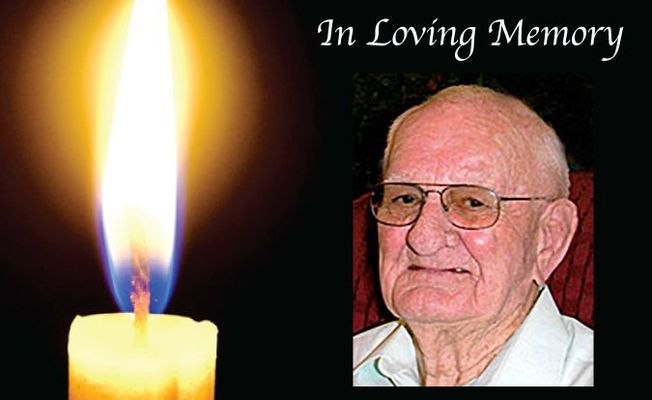 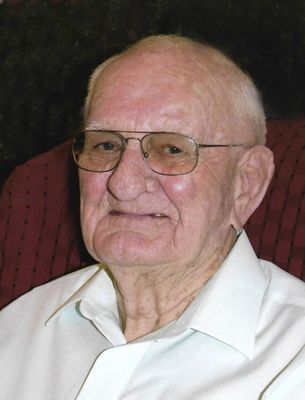 Ralph M. Smith, a long time resident of the Twin Cities of Fulton and South Fulton passed away Wed., Oct. 7, 2020 at the Fulton Nursing and Rehab in Fulton. He was 91.

Ralph was born in McKenzie, Tenn., on June 30, 1929 to the late Marshall S. and Lorene Patterson Smith.

He was a faithful member of the First Baptist Church in Fulton and was a Veteran of the U.S. Army serving in the Korean War as a Paratrooper. Ralph advanced to the rank of Corporal with the 503rd Airborne Regiment.

During his service time and on a visit back home to Tennessee from Ft. Campbell, Ky., Ralph was introduced by a mutual friend to Dorothy Sue (Dot) Bowers. Dot was a student at Bethel College in McKenzie, Tenn., pursuing a degree in Education.

Ralph was a retired Insurance Agent with the former Life of Georgia Insurance Company. He worked for many years as a Funeral Director with Hornbeak Funeral Chapel in Fulton.

Ralph enjoyed the simple things in life. He loved gardening and sharing the fruits of his labor, woodworking and making doll beds for lucky little girls in his family as well as in his church and community.

Most of all, Ralph expressed his appreciation of family and friends through

the love of the written word.

He took the time to write and send cards and letters on special occasions in the lives of those he shared a relationship with.

Ralph and Dot loved to see the world and took advantage of many tour group opportunities as well as planned trips with close friends and family.

Enjoying their love of life with each other and travel sustained Ralph and Dot Smith and made for stories they delighted in sharing during dominoes games and delicious meals prepared by Dot. The Smith Home always provided a warm welcome and a special homemade treat served to their visitors.

When health issues arose and Ralph could no longer maintain his home, he chose to move to Integrity Assisted Living (former Park Terrace) in South Fulton, Tenn. where he resided for three years, He was so proud of the home he made there and adopted the staff as his family. They returned his love and spoiled him daily.

When it became more evident, more nursing care was required for age related issues, Ralph was admitted to Fulton Nursing and Rehab in Fulton. Again, the staff there provided for all his needs and gave him the attention he needed on a daily basis.

When you would ask Ralph what he needed? He would reply, "Not a thing, but a kind word, I have a roof over my head, a comfortable bed and three good meals daily, that is all you can ask for."

Ralph's simple thoughts on life never left him in his advanced years and all whom were blessed to have known him will never forget that.

Ralph is survived by Donald Vaughn of McKenzie, Tenn., who was raised as his brother, two sisters-in-law, Brenda (Charles) Sosebee of LaGrange, Ga., and Betty Bowers of Columbia, Tenn., as well as several nieces and nephews, cousins and special friends.

Funeral services will be held at 2 p.m. Oct. 9 at Hornbeak Funeral Chapel in Fulton, with Bro. Gordon Wilbanks officiating.

Burial will follow in Obion County Memorial Gardens. Visitation will be held at the funeral home from 1 p.m. Oct. 9 until the funeral hour.

Ralph supported various organizations and charities. To honor his life and legacy, expressions of sympathy may take form of gifts to the charity of choice.