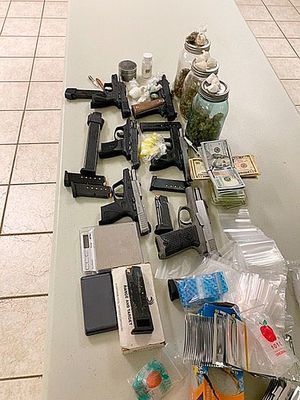 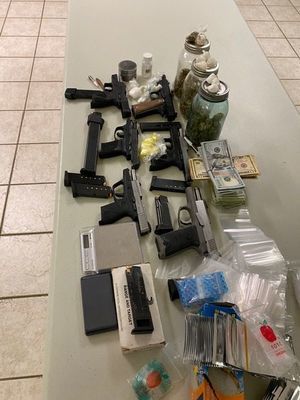 At approximately 3 p.m. on Oct. 8, local law enforcement officers arrived at the residence located at 105 McFall St. in South Fulton, after having conducted an investigation, and there, Lavon Danville Aiken, 52, consented to a search of the residence.

During the search, six handguns were observed, as well as 11.5 grams of methamphetamine, 6.88 ounces of marijuana, 8.9 grams of cocaine, 4.6 grams of ecstasy, THC cartridges, a scale, empty baggies and over $4,600 in cash.

Aiken was placed under arrest and was scheduled for arraignment in Obion County General Sessions court on Oct. 9, facing multiple charges related to possession of firearms and sale of Schedule drugs.