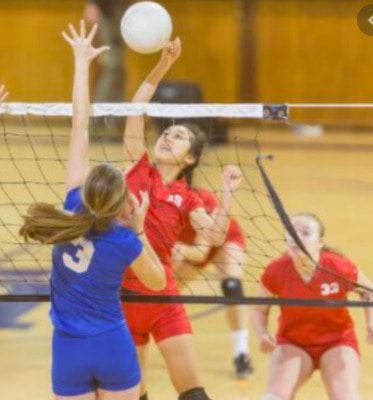 South Fulton Middle School will now incorporate girls’ volleyball into the schedule of sports programs offered, following action taken by the Obion County Board of Education, meeting at the Union City Board office in regular monthly session Nov. 2.

He and Jackson noted their initial request would be to start the program at the middle school level, and then eventually transition into offering the program to high school students as well.

Jackson told the board the funding request primarily would entail financing the expense of preparing the gym floor for volleyball matches, $7,728.64, and then supplement the remainder of the startup cost through funds available at the school, as well as making a request to the school booster club.

Jackson said she and Malray had also been able to determine that if girls already involved in the soccer and cheerleading programs want to participate in volleyball, schedules could be arranged to accommodate both.

Dale Hollowell, present to represent Director of Schools Tim Watkins, who was absent, confirmed the funds were available in the budget for the floor preparation.

The board unanimously approved the request.

Provided to board members, for their review and ultimate approval was the Tennessee Department of Education 2020 Local Education Agency Compliance Report.

Compliance is required by all local education agencies, with all federal and state education laws and State Boards of Education rules.

The annual compliance report is used by the department to ensure education laws and rules are executed.

Both Director of Schools Tim Watkins and Obion County Board of Education Chair Fritz Fussell executed the document, certifying that the LEA is in compliance.

Hollowell reported a safety grant would provide funding, with DOS Watkins recommending the acceptance of the Central Technologies bid. The Board approved Watkins’ recommendation.

Included in the bids were price estimates on equipment, power supply and cords, camera licenses, server installation into racks and addition of cameras.

Ryonet Corporation was the only bidder submitting an estimate on the purchase of four color four station screen printing system to be used at South Fulton High School, at $13,762.62.

According to Hollowell the equipment would be utilized as part of a work based learning program at SFHS, in Chad Malray’s Entrepreneurial class.

The funding was approved.

During board discussion regarding the implementation of the SFMS volleyball program, board members reviewed information provided in the board packets by Malray.
“With the amount of interest in the sport of volleyball at South Fulton Middle School, and South Fulton High

School, I am asking the board to provide the opportunity for young ladies at South Fulton Middle School, and eventually, at South Fulton High School to participate in a TMSAA and TSSAA sanctioned volleyball program,” Malray stated in his letter to the board, submitted along with cost estimates for starting the program.

He noted costs for upgrading the high school gym floor to meet requirements for the sport would be the only facility costs in starting a program, adding that by having an on-site facility upgraded, female students would be in a safe school environment and there would also be no added cost for using an outside facility.

He suggested practice time would not be an issue, as after school gym use primarily centers around basketball, which is a winter sport.

Competition on the middle school level would be against the same, or similar, schools that the Obion County Middle School program competed against earlier this Spring, including Milan, Dyersburg, Trenton, Rutherford, Crockett County, Malray said.

As to potential high school competitors, Malray proposed there are schools that South Fulton High School currently competes against, in other varsity sports, that offer volleyball at their respective schools, including Union City, Obion County Central, Martin Westview, Lake County, West Carroll, Halls, Trenton, Humboldt, and Gibson County. He said there are now a number of Kentucky high schools which have volleyball programs, and are comparable in size to SFHS, such as Fulton Independent, Fulton County, Hickman County, Carlisle County, Mayfield, and St. Mary.

“In offering a middle school volleyball program, with plans to offer a high school volleyball program, we have the opportunity to spark spectator interest and attendance. We also have the opportunity to promote school-spirit and provide additional after school activities for our students. These opportunities would provide students with outlets and ways to support their peers in spirite competition with rival schools. We would also be creating opportunities comparable with other public schools in our area and possibly keeping students who are looking for opportunities elsewhere,” Malray stated in the letter.

He provided a spreadsheet for the cost of starting a middle school volleyball program, including purchasing Under Armour jerseys for an estimated $1,500, with a $1,000 credit that could be used to purchase game shorts (loose fitting or tight) and knee pads.

A free volleyball cart would be received from BSN Sports, resulting in a savings on shorts and the cart from $1,000 to $1,300.

“Team members, middle school and high school, would be responsible for fundraising to help pay for the cost of shoes and other team apparel. Thank you for considering the opportunities a volleyball program would provide for the students at South Fulton Middle/High School. I look forward to working with you to provide the best possible programs for our students,” Malray concluded.

Malray furnished an estimate to furnish materials and labor for the preparation of the gym to hold volleyball matches, including the setting of inserts, positioning of holes for inserts, installation of brass cover plates court markings, screen gym floor, tack floor clean, apply one coat of oil based gym finish, for $7,728.64, one year price.