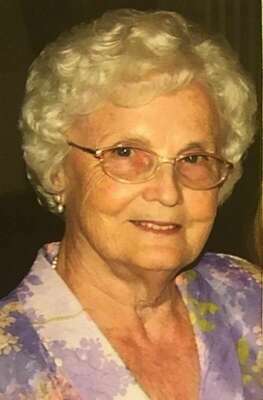 Cressie Jewell Stearns Prince, a resident of Hendersonville, and formerly of Albany, departed this life peacefully in her sleep, after a long illness, at her Assisted Living residence Jan. 14 to be with Jesus and her loved ones who have gone before her. She was born on July 4, 1930 to the late Otha M. and Dahlia Bellew Stearns, one of nine children. She outlived all her siblings and was 90.

She was united in marriage on August 4, 1947 to the love of her life, James Arthur Prince, of Albany, who preceded her in death in February, 2004. She and her minister husband served several churches in Kentucky, Tennessee, Ohio, and Mississippi for nearly sixty years. They served the First Christian Church of Hickman from 1980 until 1995.

Mrs. Prince was a member of Westview Christian Church, Albany, until her move to Hendersonville in June 2019. She attended church faithfully as long as she was able.

Mrs. Prince loved gardening, harvesting, canning and preserving fruits, vegetables, and nuts of many varieties. She enjoyed needlework, reading, playing piano for her own delight, talking with family and friends, and being with her family, especially her three children and grandchildren.

In addition to her husband and parents, she was preceded in death by a son, Jim Prince in September 2019. Also her five brothers and three sisters preceded her, those being Norman, Coleman, Frost, Welby, and Kirby Stearns, and Dolly Stearns Reed, Gleema Stearns Tallent, and Georgia Stearns York.

She is survived by a daughter Barbara (Ron) Christopher, of Adamsville, Tenn.; a son Dan (Judy) Prince, of Eagle, Idah; and a daughter-in-law, Loretta Prince of Gallatin, Tenn.