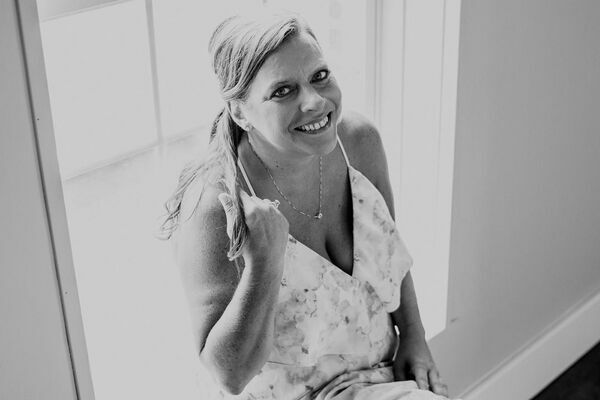 Gretchen Leigh (Sandling) Dillard, died Feb. 7 surrounded by her family and in her childhood home. She was 48.

The cause of death was due to complications of stage 4 colon cancer.

Funeral service will be held at 12 noon Feb. 12 at the First Baptist Church and burial will follow in the Gardner Cemetery. Visitation will be at the church from 10 a.m. until the funeral hour. Due to Covid 19, those attending are asked to wear masks and practice social distancing. Hornbeak Funeral Chapel is in charge of arrangements.

She was deeply loved by her large, extended family and a wide circle of friends from Chicago to Mobile who will miss her dearly.

She was born in Perryville, Mo. on March 8, 1972 to Butch (Gary) and Wanda Sandling, the second of their three children.

As a child, she was often found outside playing with her brother and neighborhood kids for hours on end.

She was a real tomboy, who never believed for a second she could not do everything any boy could do and do it better. And often that is exactly what she did.

Determination and endurance were two qualities she possessed in abundance from her youth.

Despite the challenges of her childhood asthma, she was a cross country runner, played basketball and softball. She was a 1990 graduate of Fulton City High School, was a Fulton Bulldog fan and a Tennessee Vols fan.

She did nothing by half-measures. She threw herself into whatever she was doing. Her work ethic carried her through two changes of university.

She graduated in 1995 from Columbia College in Chicago, Ill., after moving there to take a summer job that turned into her source of support while in school.

She lived and worked in Chicago for more than 20 years, a city she loved.

She was an enthusiastic supporter of the Bears and the Cubs.

She moved back to Fulton to be closer to her family and it was there that she met the love of her life, John Dillard.

They married in July 2018. It was only nine months later that she received the cancer diagnosis that would be the greatest fight of her life, a fight she fought with all the determination and courage you would expect of her.

She enjoyed cooking and The Food Network.