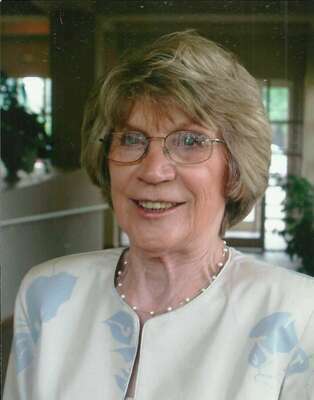 Carolyn Jackson Alexander of Fulton, Kentucky, passed away on February 24, 2021, surrounded by loved ones.

She was born October 19, 1931, near Hickman, Kentucky, the fifth child of Joseph Elmo Jackson and Ola Mae Mann Jackson.

Carolyn married James Alexander of Cayce in 1948. Over the years, they became the parents of two sons, “Mike” and Jamie. After moving to the Mt. Carmel community in 1955, Carolyn began working at the A&P Grocery in Fulton where she was employed until the store’s closing.

After the A&P closed, she held many other positions including serving as a mail carrier, a cook on a towboat, and as a clerk at several area businesses. She eventually retired from the Kentucky Department of Transportation after working for many years at the Fulton weigh station.

Carolyn enjoyed gardening, cooking, fashion, traveling, reading and attending antique auctions. She was a friend to many. She was a member of her local Homemakers Club for many years and made dear friends in her neighborhood. She also loved her family and enjoyed attending family reunions with her many cousins. Carolyn was a loyal supporter of her grandchildren and great-grandchildren during their extracurricular activities, attending many basketball, baseball, and softball games and piano and dance recitals.

Carolyn was a member of Mt. Carmel Baptist Church near Fulton.

She was preceded in death by her parents, her sisters, Opal Jackson Luther, Katherine Jackson O’Conner, Lessie Jackson Isbell, and her brother, Truman “Hambone” Jackson.

Fulton, as well as 13 great-grandchildren.

Funeral services will be held at 2PM Friday in Hornbeak funeral chapel of Fulton with burial to follow in the Hickman City Cemetery. Visitation will be held at the funeral home from 12Noon Friday until the hour of service. Hornbeak Funeral Home of Fulton is in charge of arrangements.