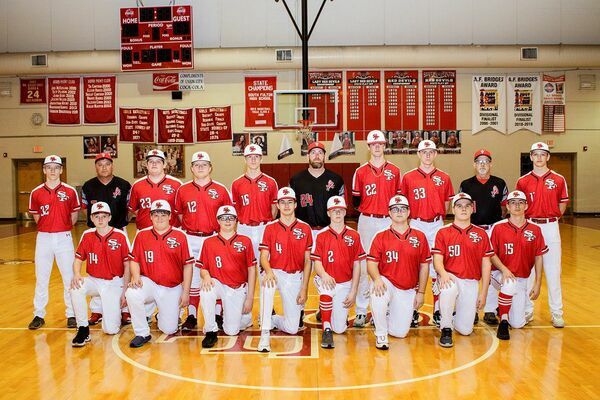 South Fulton High School Baseball Head Coach Jeremy McFarland along with his team is looking forward to their season as they played their home opener against Obion Central on Monday.

Just as the case is for football and basketball, the Red Devil Baseball team is made up of mostly seniors, with a total of eight, including Jaden Knott who is still recovering from an injury that occurred in football.

“The biggest thing these seniors offer is experience. All of them have played for the last couple of years so even though we had to sit out last season it’s not going to be their first-time playing varsity,” Coach McFarland said.

The Red Devils have about seven guys you may see throw from the mound this year.

“We have three main guys that will be our main guys, Cade Malray, Eli Carlisle and Brock Brown. We can add Bryce McFarland right there in the mix if he ever fully recovers from his wrist injury that happened during basketball season,” McFarland said.

“Our biggest challenge is depth. Our junior and freshman class have no one who is playing. Our bench is full of first year players or players that have no varsity experience,” he added.

“Our biggest asset straight down the stretch is experience, but it comes in all forms. All our seniors have seen high school pitching, over the past several years have played defense on the daily basis and pitched themselves a lot of varsity innings. We are going to have to look to those seven seniors until we can catch the younger guys up to speed,” the coach said.

“Our goal as always is to win the district championship and advance in the region but it’s hard to tell how the district is going to shape up because we don’t really know what’s returning,” McFarland said.