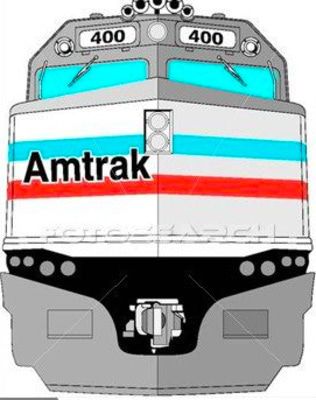 AMTRAK ON BOARD WITH DESIGN REVIEW PHASE OF FULTON STATION

Fulton County Transit Authority Executive Director Kenney Etherton has announced the notification from Amtrak's Senior Manager of Government Affairs Derrick James, that construction on the new Amtrak Station in Fulton could begin as early as November, with a projected completion date of nine-10 months later.

Etherton, the most recent coordinator of a grassroots effort to construct a new station in Fulton, expressed his excitement about a tentative starting date.

"In spite of a pandemic, we can still put good news out. Our Amtrak project is progressing. I am now looking forward to the design and construction phases to begin," Etherton said.

"We have begun the process to get Fulton the new station we promised," said James, adding, "Right now, we're selecting from our on-call team of design firms. Throughout the Summer, we will review the designs as it advances through several phases, 30%/60%/90%/100%. Once a design is finalized we'll go out for bid for construction."

According to James, the project will encompass a new enclosed, climate-controlled station building with unisex restroom and a 750 ft. long, 12 ft. wide lighted, passenger boarding platform.

"We had discussed using locally raised funds for enhancement of our project, items that we are not allowed to spend funds on. Our work will all take place on CN ROW, but we could certainly use a marquee sign out on Highway 51 to highlight the location of the station. This location is not property we have access to. We could use Fulton County's support for such an initiative," James said.

"In the past, Fulton was one of those great American stops. My hope is that this train station will let us reflect on our past and look toward the future. Hopefully, the new station will be a catalyst the community needs as it seeks to expand its appeal as a place to invest in and cultivate civic pride," Gunn said.

"I know the community has heard it before, but I am excited to finally have an anticipated start date for construction. Having one our our transportation partners committed to providing the community a new station by 2022 is such great news," he said.