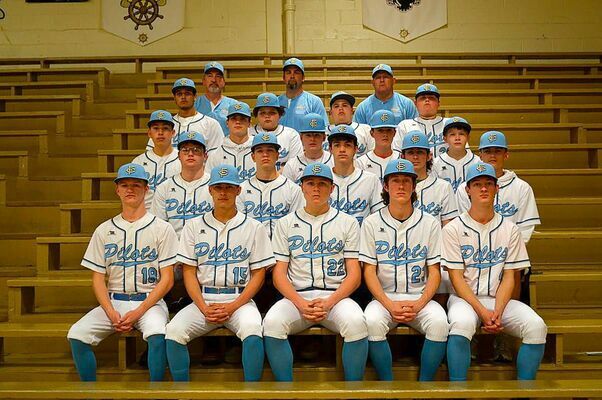 After nearly two years, the sounds of baseball will make a welcomed return when the Fulton County High School Pilots open the season March 20.

With the 2020 season being canceled due to the COVID pandemic, the Pilots have not competed in a game since May 20, 2019, when they lost to the Carlisle County High School Comets in the first round of the First District Tournament. The Pilots finished the 2019 season 5-16 overall, and went 1-6 in District competition.

The 2021 edition of the Pilots will have 15 members on the varsity roster, with six returning seniors who are eager to play their first high school baseball game in two years. Those seniors are Thorne Massey, Will Jackson, Logan Johnson, Hayden Murphy, Dylan Hammond, and Mason Russom.

There will be 10 members on the junior varsity roster, which will be comprised primarily of underclassmen with a few juniors dropping down from varsity to get additional playing time.

This will be only the second year for Coach Wes Moore, but he was quick to praise his assistant coaches. “Luckily, I have an excellent supporting staff of Bro. Jason Sipes as my assistant, and Larry Manus as my volunteer assistant. They are both very knowledgeable of the game and are a great help,” he said.

Senior captain Thorne Massey and junior Myles Amberg are expected to take up leadership roles on this year’s team, according to Moore. “I have two excellent team captains who will be great representatives for the school. Each of these young men have the respect of their team members and give everything they have in practice to set an example for the younger players,” he said.

Due to the rainy weather and basketball season recently ending, Moore said it’s difficult to single out who would be the best player at each position. “I look for Massey and Amberg to have good performances on the mound as well as in the field. Hammond could also be a threat on the mound as well as at the plate. Jackson, Johnson, Murphy, and Russom will all have good seasons in the field and hopefully with their bats. As far as younger players, I look for Drake Manus, Max Gibbs, Bentlee Johnson, Chade Everett, Jay Sipes, and Quinn Lyons to be big contributors to the season,” he said.

When asked for any final comments, Coach Moore said, “As a coach, my goal is naturally to win, but my overall goal is to hopefully teach these young men that success is about more than the final score. I want my boys to learn what is meant by the great Babe Ruth when he said, “It’s hard to beat a person that never gives up.” We will play our hardest, and if that is not enough that night, then we will re-evaluate and adjust for the next game. Baseball is the greatest game in team sports and the lessons learned will follow players for the rest of their lives. As our theme for the year states, “Pilots Will Prevail.”