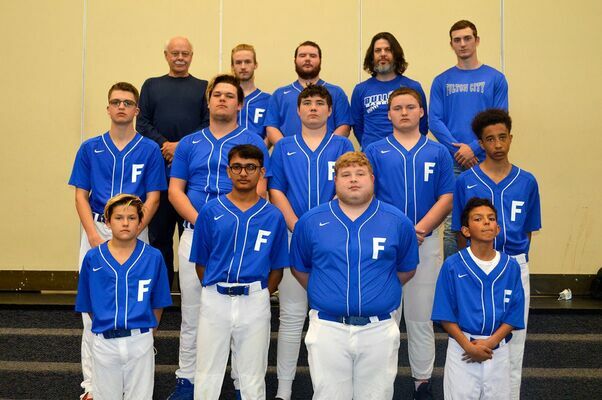 In 2020, Chris Mason was looking forward to his first year at the helm, for the Fulton High School Bulldogs’ Baseball team.

It was in March of 2020, when the season was scheduled to begin, his hopes and those of the Bulldogs were crushed, with a covid cancellation.

“So, this year is really not my first year as head coach, because really, 2020 was my first year...we just never got to carry out the season,” Mason said in an interview Monday.

The 2021 Bulldogs open their season April 8, with a cross-town game against South Fulton High School’s Red Devils, at Wood-McFarland Field. The Bulldogs have their first home game against Gleason April 9.

After having the opportunity to gather as a team a month ago, Coach Mason said he believes his smart rotation on the mound between Blake Nicholas, a senior and Blake Blankenship, a junior will be a team strength. Base running and defined defensive play will also be a strong suit for the Bulldogs, who are youthful in the experience category, but dedicated when it comes to commitment.

“They work hard every day, and they have shown improvement in some area every day. You can’t ask for more from this bunch of guys,” Coach Mason said.

The Head Coach has appointed Nicholas as Team Captain and Matthew Hicks as Co-Captain, with high expectations from the pair to take on a leadership role this season. Nicholas will exchange duties on the mound for the Bulldogs and Hicks is expected to be a regular on base. Christian Sproul will be the starting catcher, and Blake Blankenship will also see time on the mound.

There are some members of the 2021 Bulldogs who have basic knowledge of the game, Coach Mason said, having participated in recreational leagues, however, overall this will be a building year for the young players.

Charlie Cavness will have second base covered, with Travail Morgan in center field and Tristan Lalley at short stop. Krish Patel will be at first.

According to Coach Mason, Patel, a former Cricket player, is also spot on when it comes to spotting a good pitch, making solid contact at practice. The Head Coach also expects to see strong batting performances from Blankenship.

Mason considers the usual district rivals as formidable opponents, as well as some Tennessee teams on the 2021 schedule, but also believes in his team’s abilities to record wins this season.

Coach Mason will be assisted this year by his dad, Don “Pops” Mason.

“This year is the year to build up this program and these kids are great kids to do that with, to set the standard,” Coach Mason said.