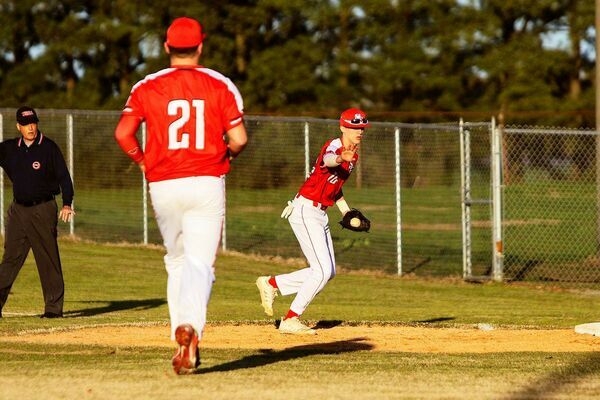 The Red Devils tacked on another win as they traveled to Bruceton, Tenn. on April 1. The Red Devils finished on top, with a final score of 9-6.

The Red Devils didn’t record a hit; however, Eli Carlisle found a way to score off a series of errors and sacrifice plays.
Eli Carlisle was charged with the loss from the mound, as he started the game lasting through the fifth inning. Carlisle recorded five strike outs and one base on balls.

Cade Malray came in to pitch in the sixth. Malray had two strike outs and allowed one hit.
South Fulton 3

The Red Devils earned a district win on April 5, as they hosted the Lake County Falcons.

Brock Brown was on the mound for the Red Devils recording a shutout, only allowing one hit. Brown pitched seven innings with eight strike outs.

Two senior Red Devils, Brock Brown and Cade Malray, recorded a .667 batting average on the night with two hits for their three at bats. The Red Devils managed to score three runs on seven hits.