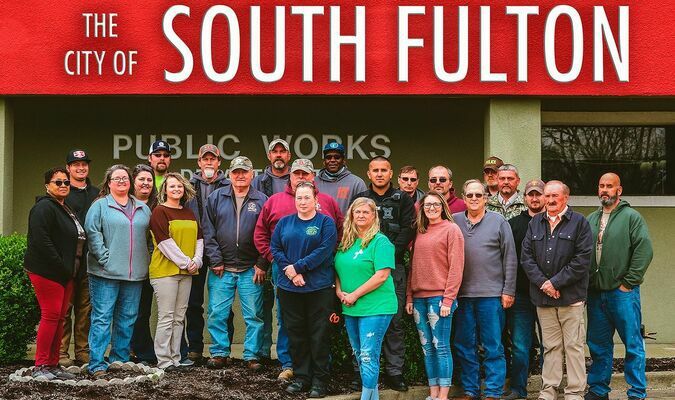 Larry Hill, fourth from left, who has been employed by the City of South Fulton as the Public Works Department's Mechanic/Maintenance staff member for 47 years, was honored by the city's employees and management last week, on the occasion of his retirement. His last day with the city was March 31, having begun his employment with the City of South Fulton at the age of 18. A dinner was held in his honor, and Hill was presented a plaque, knife and monetary gift by fellow employees. Donnie Clapper of South Fulton will step into Hill's role in the Public Works Department. (Photo by Jake Clapper)

UPDATE FROM GIBSON ELECTRIC REGARDING OUTAGES