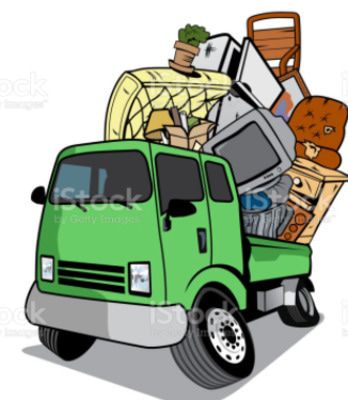 Fulton’s City Commission will review bids between their Monday night meeting and their next regular session April 26, in anticipation of making a choice between two companies which submitted bids for the city’s trash collection services.

Gunn explained the two bids were close in comparison, with WCA at $23,842 monthly and Republic at $24,341.14 a month. Pricing provided included pickup for residential and commercial carts and dumpsters, and well as commercial dumpsters and the provision of receptacles for city sponsored events.

What was not included, was special pick-ups.

“I am not convinced we need to do away, totally with special curbside pickup,” Mayor Prater said.

Commissioner Vowell expressed her concerns about a high number of citizens who might not have a means by which to utilize a large dumpster for special pickup items, proposed to be located at the Public Works Department.

“Not everyone has a truck to haul their special pickup,” Commission Vowell said.

She also suggested citizens might not be aware of the stipulations and restrictions associated with placing large, special pickup items curbside.

Simms, with WCA reported his company, the current service provider, had made many efforts to keep the public informed as to what constitutes special pickup and the way to place items curbside, as well as when to place them. He said his company had direct mailed citizens the information, and WCA had placed notices in the newspaper.

Commissioner Forrester stated the information was included on utility bills received by customers, and City Manager Gunn reported the city had posted information on its website as well as in the newspaper.

Gunn explained a point had been reached within the city, that resulted in WCA finding it necessary to make multiple trips within a week’s time for large pickups, and at times, what appeared to be “entire households” were place curbside.

Discussion then took place as to what other options would be available to allow for some method of special pickup, as the current method and scheduling did not seem to be successful for the service provider, nor for the overall appearance of the city, with discarded items scattered throughout residential areas, and at times, in overflowing dumpsters.

Public Works Director Bubba Nelms said there was a time years ago, when city work crews were able to provide minimal special pickup. Then, however, it grew to become a service needed more and more often.

Gunn said at the present time, the workload for the city’s Public Works Department does not allow time for special pickup on a regular basis.

“I believe at this time, we need to stop it, and then determine what the need is,” Gunn said.

Gunn asked the Mayor and Commission to review the two bid proposals in anticipation of selecting a service at the next regular meeting of the commission.

Two Municipal Orders were approved, #2020-65 to appoint Jill Jackson to the Parks board, replacing Sam Dluzniewski, who resigned; and #2020-66, authorizing Gunn to sign all paperwork pertaining to the Airport Coronavirus Relief Grant Program, ACRGP.

Gunn updated the officials on his recent notification from Purchase District Health Department to provide grant funding for renovations and upgrades to Pontotoc Park, and a lease agreement has been prepared and approved by City Attorney Allison Whitledge to execute for the Ken-Tenn Ambulance using the city’s Fulton base, for a 50 year term.

He said the designated 50 year term was a stipulation helpful in the grant writing process for the ambulance service.

Citizens Tim and Donna Hacker were present via Zoom and urged Gunn and the commission to continue with the search for possible grant funding, to help alleviate flooding in Fulton.

Tim Hacker said he had communication with Bjarne Hansen with the Purchase Area Development District, PADD, office, and he had understood Hensen was to continue exploring grant options available after have determined that no grant funds had been awarded to the Pennyrile area for similar flooding issues there.

Mayor Prater said he was not ready to discontinue attempts to coordinate meeting with the farmers who use the agricultural property adjacent to the Meadowview for crops, however Tim Hacker suggested the city put in place a contingiency plan, as he considered the farmers may not be part of the plan to stop the flooding.

Donna Hacker also mentioned the possibility of contacting officials in the area of Central City, where she had been told major flooding issues had arisen, and possibly grant funds had been used to assist the area with solutions.

Nelms said he had a contact in that area he could call this week and gather information regarding their issues and plans.