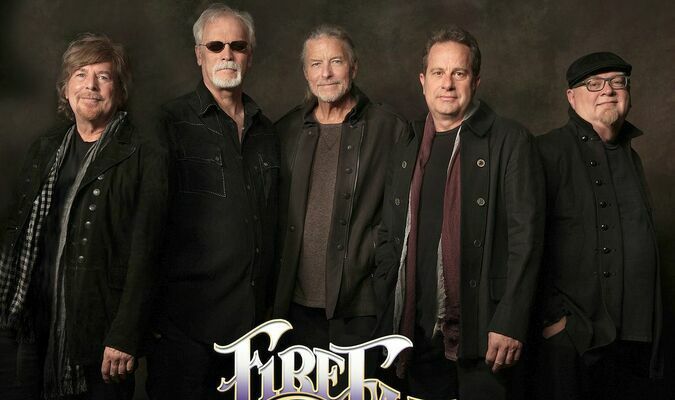 For founder Jock Bartley, the band Firefall, set to perform on the night of Sept. 18 on South Fulton’s Unity Park stage, is a 40 year labor of love.

The group has been confirmed as this year’s headliner show at the 2021 Banana Festival, for a free concert presented by the Fulton Tourism Commission.

Their layered harmonies backed by driving rhythms transcends many genres from rock to country to AC and brought the band platinum and gold success.
Firefall achieved hits with “You Are The Woman,” “Strange Way” and “Just Remember I Love You.”

Other major Firefall radio successes include “Cinderella,” “Goodbye I Love You,” “Livin’ Ain’t Livin” and “Mexico.”

The band has toured extensively with Fleetwood Mac, The Doobie Brothers, Chicago, America and many others.

In 1973, Rick Roberts and Jock Bartley met when Bartley was on tour with Gram Parsons as a member of his backing band, the Fallen Angels. Both the Fallen Angels and Roberts were performing in New York City at the same venue on consecutive nights. After the two were reunited in Boulder, Colorado, Roberts was impressed by Bartley’s guitar work, and the duo soon began practicing together. Encouraged to form a band, they contacted bassist Mark Andes (a former member of the California bands Spirit and Jo Jo Gunne) who had temporarily retired to the mountains outside Boulder, and guitarist Larry Burnett (whom Roberts had met in his travels earlier that year). After Andes and Burnett joined in 1974, the band was called Firefall.

Roberts got the name from the Yosemite Firefall at Yosemite National Park in California. The owners of a hotel threw burning logs off a mountain in a cascade as an annual event to entertain the guests.

In 1975 Firefall recorded a demo tape consisting of three songs produced by Chris Hillman. Andes, Bartley, and Roberts were brought into Hillman’s band.

Before scheduled performances at The Other End in New York City in June 1975, Hillman became ill and was unable to play all the shows. Burnett and Clarke were then flown in to complete the commitments as Firefall.
A&R representatives from Atlantic Records, who had already heard the band’s demo tape, saw the Other End shows and signed Firefall to a multi-album contract.

The album Firefall was recorded in one month and released in April 1976.

In the following months, the band toured with Leon Russell, the Doobie Brothers, Tom Waits, Lynyrd Skynyrd, Roy Buchanan, Electric Light Orchestra, and The Band and were on a bill that included Willie Nelson, Jerry Jeff Walker, and Asleep at the Wheel.

The band’s next single, “You Are the Woman”, reached the Top 10, and the band toured with Fleetwood Mac, who were at the beginning of their commercial peak.

Truck wrecks on way to fire