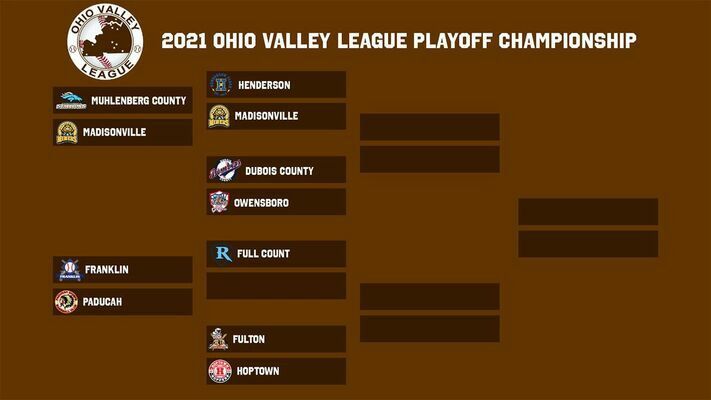 The Ohio Valley League Playoffs begin Thursday, July 29 with a play-in game between the Paducah Chiefs and Franklin Duelers. The winner of that game will go on to play a best-of-3 series with the Full Count Rhythm in the first round. A second play-in game between the Muhlenberg County Stallions and Madisonville Miners has been canceled, as the Stallions made the decision to withdraw due to a lack of players. The Miners automatically advance and will play the Henderson Flash in the first round.

A full report of the Railroaders' first round series will be in the Aug. 4 edition of The Current.

The Railroaders finished the 2021 regular season with the second best record in the OVL at 27-16.

According to Dan Voegeli, all season tickets and boarding passes ended with the last regular-season home game July 27. Therefore, all fans will have to purchase tickets at the gate for each playoff game.

General admission seats are $5, as they have been for a number of years.

The price of chair seats have increased by $2 to $10 each. This is largely the result of new Ohio Valley League stipulations that have increased expenses for the Railroaders.

For season ticket holders to reserve their seats, they may call 270-472-0843 or text message 270-627-0219 before Friday. Otherwise, seats will be released to others who request chair seating.