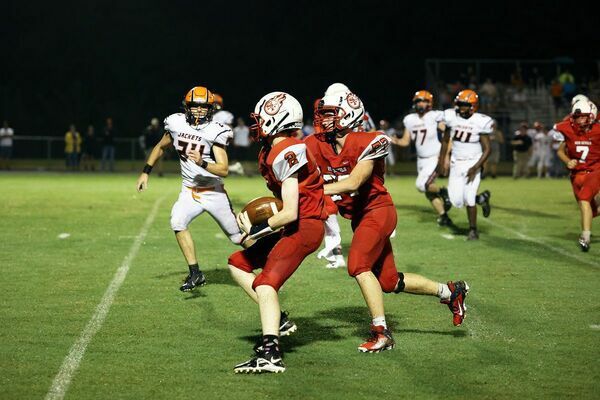 The South Fulton High School Red Devils opened their season Aug. 20 with Greenfield after nearly a two hour wait due to the rain and lightning.

The Red Devils fell behind the Jackets late in the first quarter, when the Jackets rushed the ball into the endzone for a four yard touchdown followed by a field goal for the extra point. The Red Devils went into the locker room at the end of the half scoreless, with a 7-0 score.

The Jackets came out in the third quarter and tacked a one yard touchdown to their score along with an extra point to put them up on a 14-0 score. The Red Devils fell short to the Jackets 14-0.

The Red Devils gained most of their yards on the ground, rushing the ball fifty times for 123 yards. Red Devil Freshman Quarterback, Brady McFarland, threw eight passes completing two of them for a total of 13 yards.

Dallas Whitehead had 19 rushes totaling 94 yards. Will Clapper had seven rushes for 19 yards and caught two passes for 13 yards. Bryant Kimmons had four rushes for 16 yards.

The Red Devils faced six penalties, pushing them back a total of 40 yards.