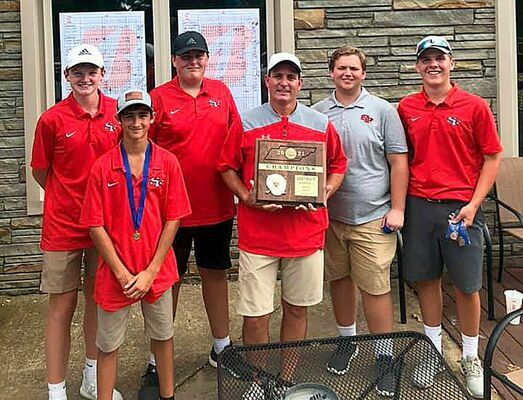 There were 10 teams in the competition.

The South Fulton team qualified for Regionals, scheduled for next Monday at Sharon.

In the Boys’ contest, South Fulton carded a 181, Gibson County recorded a 180 and Union City, a 172. The top four scores are combined from each team, for the team score.

Red Devil junior Riley Alexander had the low score for the team, with a 38, followed by Drake Jones, eighth grade, with a 47, and junior Logan Cromika and sophomore Jackson Barnes, carding a 48, each.

Griffin Redden, a senior for the Devils, shot a 51, with senior Heath Harris and sophomore Daniel Pitts, each recording a 59 and sophomore Gibson Horner shooting a 54.

Lady Red Devils Maddie Gray and Jadyn Rushin scored a 52 and 62, respectively. Gray is a freshman and Rushin, an eighth grader.