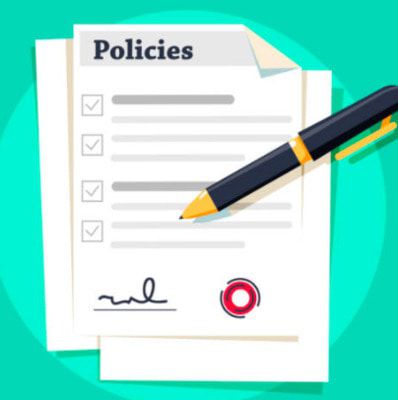 Commissioner Williams, who serves as Vice-Mayor, opened the meeting, in the absence of Mayor David Lamb, who arrived late for the session.

The resolution includes requirements for service, billing and collection procedures, delinquency processing, methods of payment and other information pertinent to citizens of South Fulton, as well as city staff.

For new service, a completed application must be submitted to city hall, along with one form of identification, and owners must provide proof of ownership, with lessees and or renters to provide a current lease or rental agreement. Owners’ deposit for water is $50, and gas, $100. Renters or lessee deposits are $100 for water and $200 for gas. All deposits remain on the account until the account is closed. At closure, any unpaid balande for utility services shall be paid in full or have the deposit applied against the balance, and the remainder to be paid by the customer.

Additionally, by the resolution, the city will no longer accept or allow guarantors for accounts, as every customer who has an account with the city will be required to put up their own deposits.

Methods of payment include in-person, at city hall during regular business days and hours; by mail, allowing seven to 10 days for delivery on or before the due date; drop box, located at the drive-through window of city hall; ACH, bank draft, drafted from bank account on due date; or online, by visiting https://southfultontn.com/.

Regarding the Delinquency Processing, non-receipt of the bill by the customer does not relieve payment and/or penalty, with 10% penalty assed if full payment at any time is not received by the due date. If full payment is not received before the cut off date, water and or gas service will be disconnected on cut-off date with meter reading recorded.

Customers that receive separate bills for water and gas and or customers who have main water meters and yard meters must pay all bills, and if not received before cut off, service will be disconnected with meter readings recorded.

If any city meter is unlocked or tampered with in any way after disconnection the customer will be charged a fee of $35 for the first occurrence and $50 for the second and each subsequent occurrence; and if a customer in any way hinders or blocks access to the meter, additional costs for disconnection will apply on a case by case basis.

Full payment of past due bills and all applicable fees must be made to reinstate any services cut off, and to restore any service on the same day, full payment must be received by 3 p.m. Reconnection services will not be restored outside regular business days and hours.

To verify accuracy of a bill, a customer may request to have the meter re-read. If it is determined the reading is incorrect, the bill will be corrected. If it is determined the reading was correct, a fee of $20 will be charged to the customer’s utility account, with every customer being allowed to have a request to re-read the meter at no cost once per calendar year.

A payment on a bill is allowed once per calendar year and must be requested in writing prior to cut off. The extension grants the customer one additional week to make payments. In hardship cases, the City Manager or his or her designee may approve monthly installment payments not to exceed six months, with hardships defined as a water and or gas bill over $500.

Any insufficient, declined or returned ACH, check or other payment methods must be paid in full by the customer within 24 hours of the city’s notification of the same.

For more information, or to request a copy of the resolution no. 2021-06, “A Resolution of the South Fulton, Tennessee, City Commission Adopting Utility Billing Policies and Procedures” contact South Fulton City Hall, 731-479-2151, or visit the city during regular business hours, Monday through Friday, at 700 Milton Counce Road, the South Fulton Municipal Complex, in South Fulton.

Another resolution, no. 2021-07 was also adopted Sept. 16, to authorize the increase in water, sewer and natural gas tap fees.

In that resolution, water tap fees are established at $850 for domestic, 5/8 inch or 3/4 inch tap; $600 for yard ap; and all taps one inch or greater, actual cost of materials and labor to install the tap.

South Fulton officials approved and authorized the application process for a FY 2021 Small Cities Block Grant Imminent Threat, CDBG, for funding in the amount of $235,361, for the purpose of performing eligible community development activities to benefit residents of the city, by replacing the city’s fire pumper.

In the resolution, 2021-09, the city is to provide local financial support in conjunction with the CDBG funds to complete the project, equal to 6% of the total project costs.
The funds will be used to replace fire apparatus out of service due to a wreck with the city to provide funds for matching, received from the insurance payment and the local fire fund, up to the amount of $153,913.

In other business, the officials voted to place property located at 410 Bates St. back out for bids, after having previously putting the property out for bids, and no payment made from the bidder.

Mayor Lamb read a Proclamation in support of designating Sept. 20-26 as National Rail Safety Week, recognizing 1,889 rail grade collisions resulting in 678 personal injuries and 201 fatalities in the United States in 2020.

She reported she had been in communication with MTAS regarding the city’s Codes, as no updates had taken place regarding the codes since 2017. Gray said property owners had been cited into court this month and she was continuing to work with Code Enforcement Officer Nicole Berner to reach goals of “getting the city cleaned up.”

She reported she anticipated interviews to begin in October for filling the position of South Fulton Police Department Chief, and proposed a recommendation from the South Fulton Parks and Recreation Board, to add Kathye Stem to the board as a voting member. The Commission approved the recommendation.

She reported she had been asked by Parks and Recreation Board Chair Felicia Lightner to ask the Mayor and Commissioners their preference as to whether to stage the city’s annual Trunk or Treat event on Oct. 23 or Oct. 30. The Commission indicated they had no preference as to which day, however if there was a scheduling conflict with the Oct. 23 date, due to Fulton’s Pontotoc Park Community Center having been rented, the Oct. 30 date was satisfactory, with plans for the South Fulton Parks and Rec Board to partner with the City of Fulton’s Parks Board for the Halloween event.

Gray provided information previously requested by the commission and citizens associated with the city budget, stating the Drug Fund now listed as a balance, $9,732.68, and the Street Aid Fund balance was at $310,262.01.

Mayor Lamb questioned whether those funds could now be used to pave streets, however Gray then updated the officials about her meeting with a representative of A2H Engineering, regarding portions of Harris Road caving in.

“We are looking at funding for that,” Gray said, noting the city could be responsible for paying 2% of the cost, with the project possibly looking at approximately $600,000 in expenses for the repairs to the Harris Road area.

During the portion of the agenda designated for comments from citizens, Lynnita Pierce, Kathye Stem, Kent Greer and Gene Dunning addressed the commission.

Pierce explained she had returned to the meeting regarding issues with the ditch on the property at 100 Wild Cherry Lane, which she owned with her husband, James Pierce. She said to her knowledge no one had come to look at the erosion issue. Gray said she had been to the location to look at the property ditch, and asked Pierce to discontinue spraying the ditch as that could promote erosion. Gray said the city could provide dirt to fill in the ditch, and she believed that would take care of the problem if spraying was stopped. Pierce said she and her husband would discontinue spraying the ditch.

Stem then asked about findings reported in the recent city audit, specifically relating to documents and funds in boxes given to City Attorney Kirk Moore. Moore, who was present for the meeting, said he had been advised to take the boxes, which did include documents, checks and cash. Gray said the boxes will be returned and the process is now underway to determine how to record and “book” the contents of the boxes.

Stem then told the commission she had read in the audit findings that the city had operated over budget within several departmental areas, which the audit indicated was in violation of state law.

“People you have put in that chair have not done their job. The checks and balances, who is supposed to be responsible for that? Collections not deposited? That’s a violation of state law...”, Stem said, adding not only had the “ball been dropped, but it has been kicked out the door and someone has got to step in.”

“We have got to have someone who knows what they are doing,” Stem said.

“I know times are hard,” said Kent Greer as he addressed the officials.

“You just approved a 10 cent property tax increase....the city may be running as tight as it can right now. But is there any fat, to cut?” he asked.

Gray said she did have ideas relating to that matter, and would proceed as soon as she was able to implement them.

Lastly, Gene Dunning asked the Mayor and Commissioners to consider directing the City Attorney to reach an agreement with a former city police officer, who had chosen to leave the SFPD, and is now employed with the Obion County Sheriff’s Department.

“I don’t know this young lady, but the situation was not handled real well,” Dunning said, going on to question whether he had received accurate information regarding the city seeking compensation from the officer because she had not fulfilled the terms of her employment contract.

“She has not fulfilled the contract,” Gray said.

“And you would go after her for that? After what she endured?” Dunning said.

Dunning then returned to a previous topic he had discussed with the commission, regarding yard meters.

“Only one commissioner said we, the citizens should be notified about changes in the city’s policies. Citizens need to be notified,” Dunning said.

Dunning ended his comments requesting the officials research whether his neighborhood on Pamela Circle could be “un-annexed.” City Attorney Kirk Moore said he could research the question however he had no definite knowledge regarding the process.