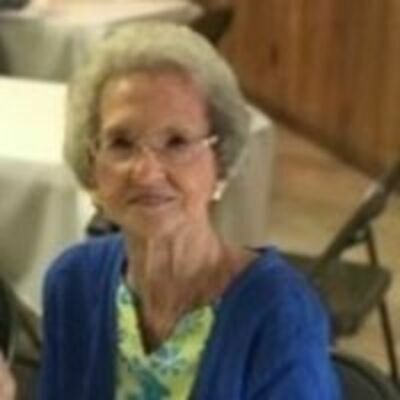 Mrs. Wilma Jean Wilbanks, 91, of the McConnell Community passed away Oct. 2, 2021 at her residence.

She was born on December 9, 1929 in Paris, Tenn., to the late William Barney and Ocie Pauline Tompkins Speight.

Wilma was a long time active member of McConnell Baptist Church, where she was a Sunday School Teacher and taught Vacation Bible School. She was saved at the age of 9 in Paris, and her favorite Bible verse was John 3:16. Wilma worked as a Secretary for the former M. Livingston and Turner Dairies both in Fulton, Ky. She lived most of her life in the McConnell Community.

In addition to her parents she is preceded in death by her husband, Cleatus Gordon Wilbanks, a daughter-in-law, Janet Wilbanks, a granddaughter, Kelli Wade Barnes, a sister Julia “Judy” Ann Mulcahy, and a brother, Jerry Speight.

Memorials may be made to McConnell Baptist Church Cemetery Fund, c/o Melinda Wilbanks, 9918 McConnell Rd, Martin, TN 38237 or the charity of choice.