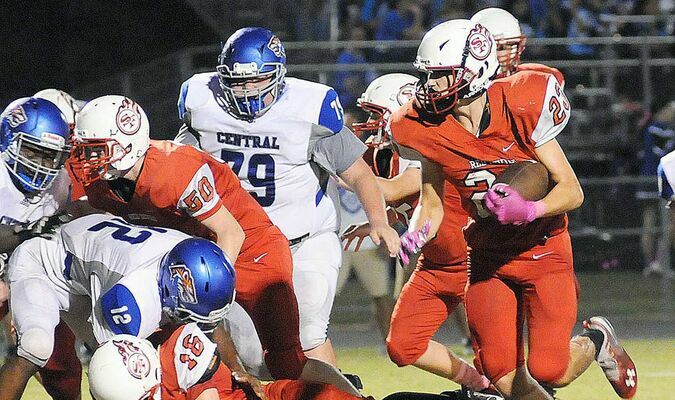 The Red Devils had a big victory over Bruceton last Friday, sweeping the Tigers 42-0.

The Red Devils opened up the first quarter with one yard touch down by Dallas Whitehead followed by a two point conversion by Mason Gaskins.

Later in the first quarter, Brady McFarland threw a 72 yard touchdown pass to Conner Allen. Dallas Whitehead added two points to being the score to 16-0.

Brady McFarland had a one yard rush into the end zone. McFarland’s touchdown put the Red Devils up 30-0 before going into the locker room for half time.

After halftime Mason Gaskins ran six yards for another Red Devil Touchdown to bring the score to 36-0.

Conner Allen received four passes for 90 yards. Harley Nagel caught one pass for 10 yards and Mason Gaskins had one pass for three yards. Brady McFarland had six passes for 103 yards.