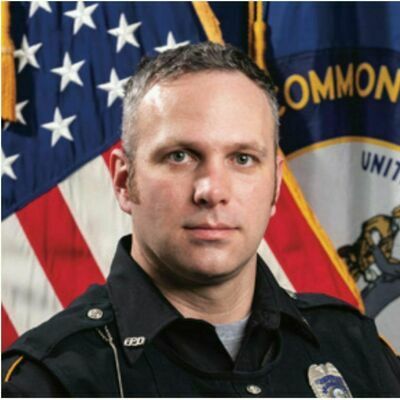 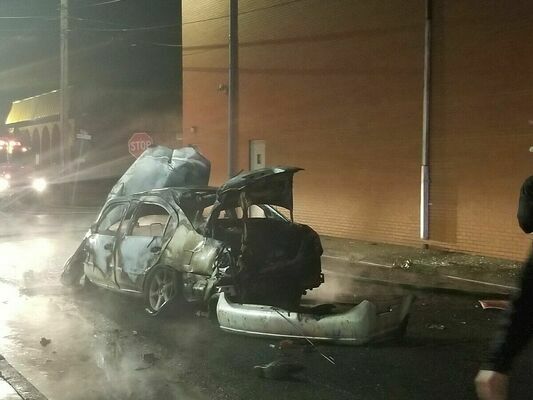 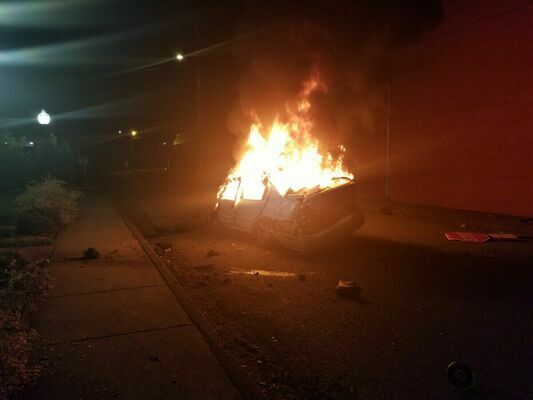 On Nov. 6, the Fulton Police Department responded to a motor vehicle collision

on Lake Street in Fulton.

When the responding officer arrived, the vehicle involved in the crash was consumed by fire with flames inside the passenger compartment, and the driver was still trapped inside.

Fulton Policed Officer Don VanValkenburg, with the help of an unidentified bystander, was able to pull the driver from the vehicle only seconds before the entire vehicle became engulfed.

The driver of the vehicle was identified as Seth Clark of Savannah, Tenn. Clark received serious injuries due to the crash and fire, and he was transported to a local hospital for treatment, according to the press release issued from the Fulton Police Department.

Officer VanValkenburg sustained a minor burn and his uniform shirt melted as a result of the heat he encountered during the removal of the driver.

Criminal charges, for DUI and felony criminal mischief, against Clark are pending at this time, according to the report.

Fulton Police Chief Terry Powell stated he would "like to thank Officer VanValkenburg for his heroic actions that saved Clark's life." 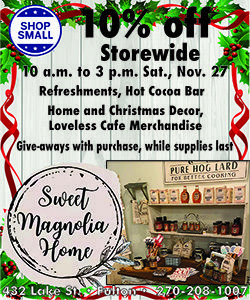 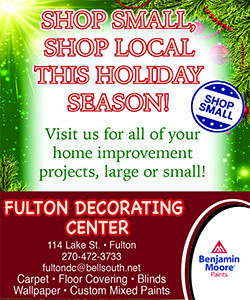