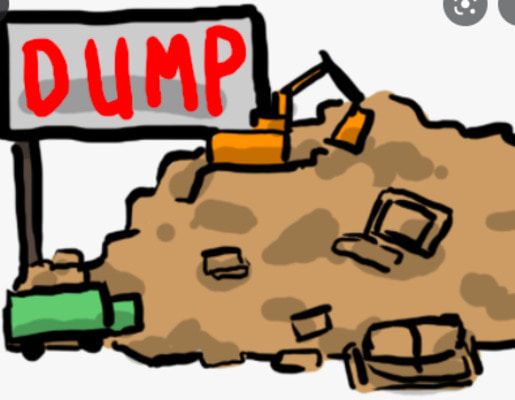 In her report to Mayor David Lamb, Commissioners Cody Caksackkar and Beatrice Wilcox, Gray first thanked the officials for the opportunity to serve them and the citizens of South Fulton in the capacity of City Manager, and then proceeded to update them on city business.

She reported a successful joint event between the South Fulton Parks and Recreation Board and the City of Fulton’s Parks Board during the Oct. 23 Halloween Trunk-or-Treat Fall Fest held at Unity Park and Pontotoc Park. She announced the Fulton Tourism Commission will stage “Christmas In The Park” Dec. 4, and volunteers from the South Fulton Parks and Recreation Board may volunteer to assist in serving hot chocolate during the event.

She reminded those in attendance the South Futon City Dump is NOW open to South Fulton residents each Friday from 8 a.m. to 12 noon and the first Saturday of each month, 8 a.m. to 12 noon; the employees’ Christmas luncheon is set for Dec. 21, with city hall to be closed from 12 noon to 1 that day and city elected officials invited; and requested city employees be given the date of Dec. 23 as a paid holiday, in place of Juneteenth, a holiday which was not taken by employees. The request was approved.

Gray shared that she had attended the county Fire Department Chiefs’ meeting in Troy recently and that during that meeting, it had been proposed a lump sum be requested from the county to cover the cost of county property rights of way, as currently nothing is received from county properties when service is provided.

Commissioner Caksackkar said he had understood other fire departments were in support of this agreement, and Gray said she would provide the agreement to Kirk Moore, City Attorney for his review and any revisions.

Gray announced the South Fulton Police Department, including Chief Mitchell Maynard, had found an issue with vehicles parked in the street on Holmes Street and that issue would begin to be addressed, with the enforcement of city ordinances already in place to prohibit the obstruction of traffic flow. She also reported Maynard is currently in search of housing to be able to relocate in the city of South Fulton.

Leaf pickup will begin in the city on Dec. 6-10 at 7 a.m. with residents asked to have any leaves proposed for pickup to be curbside, as crews would begin pickup at that time, and only make one round throughout the city. Also related to leaf pickup, she reminded residents those who want to burn leaves must contact South Fulton Police Chief Dennis Pitman for a burn permit.

In an ongoing effort to move toward the city’s compliance of violations issued through the Comptroller’s office as well as auditors, Gray reported 150 letters had been sent to city residents who use city utilities, reminding them as of Feb. 1, deposits must be made on all accounts.

Chief Maynard reported the occurrence of a break-in at the former South Fulton High School football field, with investigations and charges underway for suspects.

During the portion of the meeting designated for comments from the Mayor and Commissioners, Commissioner Wilcox requested a review of all signage on city streets such as those for parking, speed limits or other designations, as some of the signs are weathered and need replacing.

Commissioner Caksackkar commended the Trunk-or-Treat Fall Fest event coordinated by the Twin Cities Parks Boards and reported a joint meeting had been held between the two parks boards, which was an overview of their first joint event held.

The officials were provided an update on sewer system improvements, with Gray station she had met with the engineer, and planned to approach Obion County Mayor Benny McGuire and the Obion County Commission regarding a request for American Rescue Plan Act, ARPA funds received by the county to assist the city of South Fulton with funding new pump stations at Old Pierce Road and Cavitt Lane. She reported if both were installed at the same time, the city could save approximately $77,000.

Bradley Allen, Director for the South Fulton Youth Football League, which leases the former SFHS football field from the city for their flag and tackle football season, was present for the meeting, with Gray noting the current lease is up with the League. Allen said the league was interested in renewing the lease, and City Attorney Moore said he would recommend some revisions to the current lease.

The commission unanimously agreed on the salary for Gray, in her new role as City Manager, at $50,000 annually.

The agenda’s designated entry for comments and suggestions from citizens was moved to the final agenda entry prior to adjournment, with Mayor Lamb acknowledging to those in attendance for the meeting that three minutes would be allotted for each person signing in to address the commission, and questions, comments or outbursts at any other time during the night’s meeting would be prohibited, except during the time designated for public comment.

Stem asked if Gray had initiated a budget amendment for the Parks Board funding, after the fiscal year budget had reduced the board’s budget allotment, due to a decrease in board sponsored events because of covid restrictions the previous year. Gray said she would make sure the budget amendment was enacted prior to the end of the current fiscal year.

Stem also questioned the receipt of letters by 150 residents associated with the requirement of a deposit to be made on all city utilities accounts. Gray explained all deposits for utilities are placed in a liability account, as they are returned to customers in good standing if or when service is not longer needed. Gray also stated all utilities customers had been provided with the policy requirements since it was passed, through posting at city hall, in the newspaper, on the city website, on the utility bills and when each customer made a payment on their bill at city hall.

Napier also questioned the approval of city employees given a paid holiday for Dec. 23, as cutoff for utilities would be on Dec. 19, and that would result in re-connection of services to not be performed until Dec. 27.

Regarding the deposits for utilities, Gray said that at least two months ago, utility customers had been made aware by various means of the deposit requirement, and they now had until Feb. 2, 2022 to make the required deposits or be subject to disconnection of services. However, Gray said, should there be a cause for hardship, she would welcome the opportunity to meet with those who would have difficulty in meeting that deadline, and help implement a plan to secure the deposit owed.

Lastly, Napier asked for an update on possible charges pending or to be filed against former City Manager Johnny Bacon. Mayor Lamb told Napier he would discuss the issue with her in private.

Lavosse Johnson urged the commissioners and Mayor to take action on flooding issues with the Harris Fork Creek, which seemed to be worse since the demolition of structures on Central Avenue. She asked who was responsible for keeping the creek cleaned out, and if that duty fell upon the city.

Commissioner Caksackkar asked whether the Corps of Engineers could be responsible and Commissioner Wilcox explained she had made a request for Bacon to research that option during his tenure as City Manager however the task was not accomplished. Gray said she would research options to address the need to clear out the creek.

Lightner thanked the public, for their attendance as well as city staffs and park board volunteers from Fulton and South Fulton, for their efforts in staging the October Trunk-or-Treat Fall Fest. She also praised the city of South Fulton’s work crews responsible for mowing overgrown grass next to her church.

Lightner then addressed matters related to “citizens not the ones who caused deficiencies and losses” but as it appeared, the citizens were “the ones being punished.”

She stated “We can not change or correct overnight these deficiencies. I have come to ask for this administration to act with compassion and common sense, to treat everyone fairly. Our citizens are not the enemies, but with these additional fees, it is creating a hardship.”

She voiced her concerns regarding instances of reportedly water service to a residence being disconnected at 6 a.m., when the city hall was not open until later in the morning, for reconnection to be completed.

“I don’t want to see the city governed with an iron fist, especially to the most vulnerable...you don’t have to like me or love me. I just want all people to be treated fairly, the way you would want to be treated,” Lightner said.

Cassandra Smith asked the officials to look into clearing out the creek in the area of Willow Drive, behind the former Rosenwald School, with her property at 201 “catching water.”

She asked for the Corps of Engineers to be consulted, and that Mayor Lamb drive to the location to view the condition of the creek.

Sheryl Thomas addressed the board about alleged illegal dumping by a resident on Graham Street, into the creek. Mayor Lamb requested Chief Maynard drive to the location, and consult with Walter Morris regarding the possible illegal dumping violations.