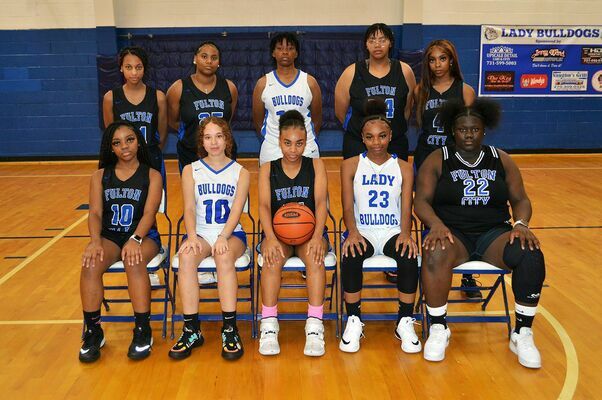 The Lady Bulldogs of Fulton Independent High School will start the 2021-22 basketball season with a four-for-four designation on their roster, as in four Lady Bulldogs will make a return appearance following the 2020-21 season, and all four were starters, including Mia Martin, Takyra Taylor, Jasmine McCloyn and Tajashia Macklin .

Last year’s Lady Bulldogs were 5-18 on the season, but Clark sees this year’s team as more motivated and determines.

“They are more focused on what’s expected,” she said.

“We have a team that is going to be able to play any position. I expect, and can see not just one specific person in a leadership role for us. We will look for that quality from every member of this team,” Coach Clark said.

While the Head Coach contends their best free throw shooter graduated in May, there are a few members of the 2021-22 Lady Bulldogs team who can accommodate that skill.

Jasmine McCloyn has mastered success from the three-point range, while Tajashia Macklin and Brittany Maclin, Clark said, can put the heat on opponents with their defensive skills. Takyra Taylor has also improved, according to Clark, by focusing on her role as a senior and exhibiting the benefits of having become comfortable with being a veteran on the court.

The 2021-22 team has set a goal to not only be a contender, but win the District crown.

“This whole team is determined, and ready to start the season. We will have a winning mentality. We have a lot of talent on our roster this year, so the first person to come off the bench could be anyone,” Coach Clark said.

The Lady Bulldogs’ spring into action on Nov. 29 versus St. Mary.