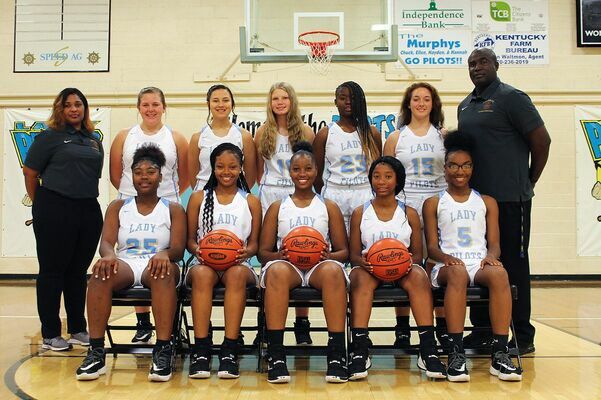 As the 2021-22 high school basketball season draws near, Fulton County High School girls’ basketball Head Coach Leonard Smith hopes to rely on a plethora of experience and a more normal offseason to improve on last season’s 5-10 record in a COVID-shortened season.

The Lady Pilots did finish last season strong, winning their final three regular season games before losing to Carlisle County in the first round of the First District Tournament.

Coach Smith is unsure of who will start, but has labeled Emily Scott as the first off the bench.

Davis, Brown and McNeal are three players that have improved the most from last season, according to Coach Smith.

Coach Smith said the Lady Pilots’ goals this season are to win more games than last year, make it to the district championship and go to the Regionals.

When asked about the difference between last year’s team and this year’s team, Coach Smith said, “Attitude is great, they believe in themselves. Each players has a mindset that we can play with any team we play.”

Coach Smith is entering his 10th season as head coach of the Lady Pilots, and his assistant coach is Vita Lockridge.

The Lady Pilots will open the season Nov. 30 on the road against Community Christian Academy, and their first home game is scheduled for Dec. 3 as they host Christian Fellowship School. Both games are set to tip-off at 6 p.m.