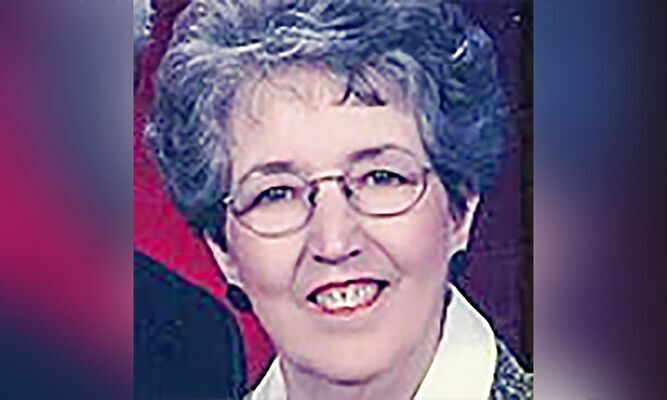 Alma Louise Lasley Brock, of Fulton, passed away at her home Dec. 19 after an extended illness.

She was born in Kettle Island, Ky. to the late Frank and Sudie Lasley Jan. 22, 1934, and graduated from Bell County High School and Knoxville Business School.

During the time that her daughters attended Terry Norman School, she served as PTA President and on the District PTA Committee. She also served as a Girl Scout Leader and was involved in many facets of the original Banana Festival, including the making of the first one ton banana pudding.

She was a homemaker for a number of years, but after entering the work force she was employed by Waymatic, M. Livingston, and Scates Tire where she used her secretarial and bookkeeping skills. In 1999 she retired from her position as Office Manager for the Fulton Housing Authority. After retirement she served on the Board of the Housing Authority and continued to enjoy her hobbies: needlework, ceramics, following UK basketball, and reading.

She was a loving mother to Gigi (Michael) Milner, of Fulton, and Kim (Sam) Bradberry, of Union City, Tenn., and was very involved in the lives of her four grandchildren: Brock (Jessica) Dean, of Guys, Tenn., Sarah Michael (Chris) Henry, of Denver, Colo., Susannah (Jay) Day, of Richland, Wash., and Sloane (Matt) Davis, of Jackson, Tenn. In her later years, she cherished her nine great grandchildren: McKinley, Molly Brock, and Houston Dean; Parker, Miles, and Elliott Henry; Marigeorge and Worth Davis; and Olivia Day.
She has one living sibling, Frances Dyer, of Fulton, and was preceded in death by a sister, Doris Adkins, and two brothers, Terry Lasley and Frank Lasley.

A funeral service will be held in the sanctuary of First Baptist Church in Fulton at 1 p.m. Dec. 23, 2021 with Pastor Stephen Cavness officiating. Interment will follow at Greenlea Cemetery in Fulton. Visitation will be from 11 a.m. until the time of the service. The family respectfully requests that masks be worn by all friends and family who attend.

The family also would like to extend their gratitude to the wonderful caregivers who were such a blessing to all of us during our loved one’s illness: Marsha Carrington, Pam Donald, Cathie Collier, Wendy Kennedy, Betty Norris, and Jenny Thompson.