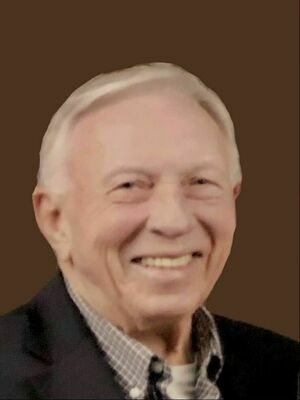 E. Mendel Mehr, Jr,. of Brentwood, Tenn., passed away peacefully surrounded by family on Dec. 21 at the age of 86.

He was born November 1935 in Bells, Tenn. to Ora Faye Mehr and Edward Mendel Mehr, Sr.

He was the oldest of four children and is survived by his three brothers, Lawrence (Donna) Mehr, Sam (Linda) Mehr, and John (Michelle) Mehr.

He graduated from Bells High School, where he was an outstanding basketball player.

He attended University of Tennessee at Martin, where he became smitten by a red headed beauty, Jo Evelyn Austin, whom he married in 1954.

He is survived by his wife Jo, with whom he had two sons also surviving, Walter (Patty) Mehr of Murray, and Austin (Jill) Mehr, of Lexington. In addition to his wife and sons, Mendel is survived by four grandchildren, Joey Mehr, of Murray, Becky (Cheston) Williams, of Franklin Tenn., Stephanie Mehr, of Nashville, Tenn., Kevin (Aubrey) Mehr, of Colorado Springs, Colo., and Alex Mehr of Murray; a step-granddaughter, Alexa Rose, of Lexington; four great grandchildren, Autumn Mehr, Harley Mehr, and Jonathan Mehr, all of Murray, and Noah Mehr, of Colorado Springs.

He finished his education by obtaining a B.S. degree from Memphis State, and then, a Pharmacy degree from University of Tennessee Pharmacy School in Memphis, Tenn.

He worked for two pharmaceutical companies, Merck Sharp & Dohme and later Bristol Laboratories while living in Paducah, where he and Jo raised their two sons. He later started Mendel’s Pharmacy in Clinton Ky, which he owned and operated for 13 years. He and Jo lived in Clinton, Kentucky from 1973 to 1987, until he sold his drugstore and they moved to Brentwood, Tennessee. Mendel also built homes while living in Paducah and, later, Brentwood. He continued to work in the Brentwood area as a pharmacist, first for CVS and, then for Kroger, until he retired in 2014 at the age of 79.

Over the years he continued to enjoy sports (slalom water skiing, boating, fishing, and golf), time with his family, and traveling around the country (and the world) with his wife Jo. Mendel was a life-long member of the church of Christ, worshipping with the Concord Road Church of Christ in Brentwood. Mendel and Jo lived at The Heritage in Brentwood where he served on the Resident Council. He was renowned as a man with an easy smile and quick humor, who carried himself with grace and dignity.

A Memorial service will be held at Concord Road Church of Christ, 8221 Concord Road, Brentwood, Tennessee on January 8, 2022 at 11:00 a.m. In lieu of flowers, contributions may be made to The Christian Chronicle at chris-tianchronical.org and Churches of Christ Disaster Relief Effort, Inc. at www.disasterreliefeffort.org.