Obion County teachers up for tenure announced to Board of Education 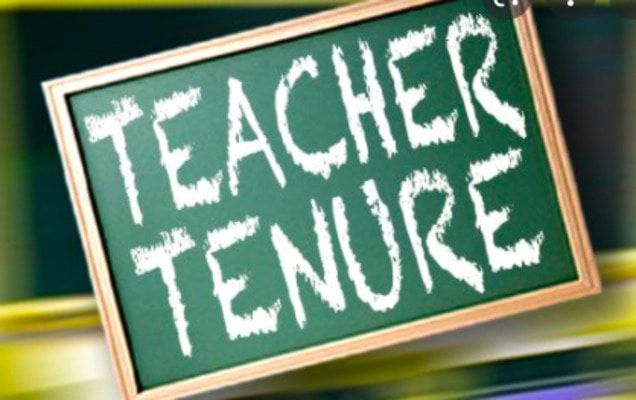 Six teachers were presented for consideration for tenure during the first meeting of the year for the Obion County Board of Education, Jan. 3 at the Central Board Office.

Director of Schools Tim Watkins reported to board members present, Chair Fritz Fussell, Keisha Hooper, Tim Britt, Kyle Baggett and Shannon Hogg, the group to be considered had been recommended for tenure by their respective principal and instructional supervisor for the 2020-2021 school year.

With Watkins recommendation, following the receipt of all data in the Spring, the BOE approved the recommendation of each teacher’s awarding of tenure.

Board members Barry Adams and Jared Poore were absent.

Prior to the commencement of the system’s business session, a motion was made and approved to strike one item from the night’s agenda, regarding supplemental wages. The revised agenda was then approved.

Obion County Schools, reported by Watkins, and previously approved by the board, is currently operating in Phase 1 of its Covid 19 Operational Phases. It was noted any change of Phases must be approved by the Board of Education.

The Board approved the continuation of Phase 1 operations for the school system.

Watkins reported the Public Spending Plan and Health & Safety Plan will be updated on the school 0website bi-annually by Feb. 1 and Aug. 27 of each school year as required by federal statute.

In support of Watkins’ recommendation, the ESSER Funding Applications and required bi-annual updates for the Public Spending Plan and Health & Safety Plan were approved by board members.

The Board was provided with the school system’s Transportation Department request to declare surplus two school buses and permission to donate one school bus to the Obion County Sherriff’s Department.

In the background information provided, it was stated although these items are no longer of any use to the System, it is estimated that the salvage value of the vehicles is in excess of the value specified in TCA §49-6-2007(d)(1).

Therefore, the transportation department asks to dispose of these school buses while endeavoring to get the best return on them.

The donation of one school bus to the Obion County Sherriff’s Department, contingent on Board Approval, was recommended by Watkins, as well as the surplus of a bus, with the board approving the recommendation.

The School system’s Transportation Department also requested the Board declare surplus two (2) pick-up trucks, 1995 model trucks, to be disposed of by the best return method, by auction, sealed bid or scrap.

The Board approved the request, with Watkins’ recommendation, to surplus the trucks.

Two trips were approved for students, including Hillcrest Band students to compete at Canon Center, Memphis, Tenn. Feb. 10-12, and South Fulton Middle/High Schools’ Band students to participate at a competition in Gatlinburg, Tenn. May 5-7.

The Interactive Flat Panel Systems, to be used by first grade students in need of tutoring and extra help, as well as first grade teachers for classroom use, are being purchased with the FY 22 TN ALL Corps (Student Tutoring) Grant. Watkins recommended the acceptance of the bid from Central Technologies, in the amount of $22,225, for the Interactive Flat Panel Systems, with the board approving the recommendation.