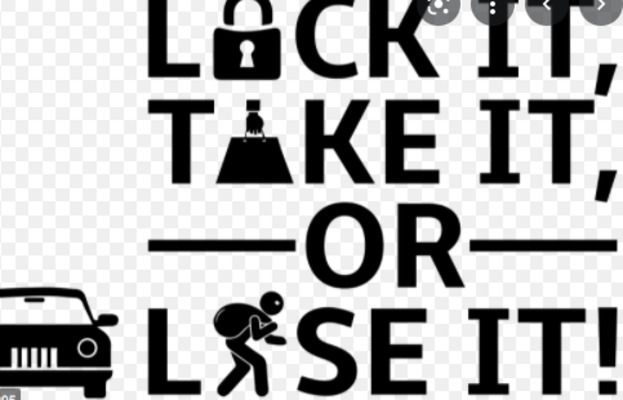 Chief Maynard said his department had received reports, both inside the city limits, as well as cases just outside the city limits of South Fulton documented by the Obion County Sheriff's Department, of in individual or individuals entering unlocked vehicles, riffling through the contents and in some case, stealing items inside.

Contents of one vehicle, including a pistol and rifle, were stolen, however the rifle has since been recovered, Chief Maynard said, regarding an incident on Barbara Street during the week of Christmas.

Another item, stolen from a vehicle just outside the city limits of South Fulton, has also been recovered.

Other incidents have been reported on State Line Road and in the Country Club subdivision and Country Club Road areas of South Fulton.

There was also a report of a stolen vehicle.

"These vehicles were not locked. We need to stress to people, that even if vehicles are parked in driveways, keep them locked. It will make it harder for anyone to try to get in to them," Chief Maynard.

He indicated the incidents remain under investigation, with examination of security camera footage ongoing.

He reported his department had also received reports of vehicles searched for valuables and in some cases, items were taken. Some of those items have been recovered, he said.

There was also reported, Assistant Chief Poole said, an incident of a vehicle stolen, and possible used during the commission of some of the burglary incidents.

"Keep your vehicles locked. Don't leave keys and valuables in your vehicles," Asst. Chief Poole said, adding the investigation is ongoing in his department.