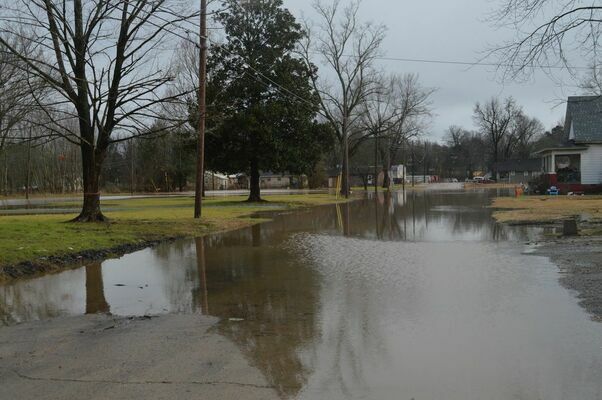 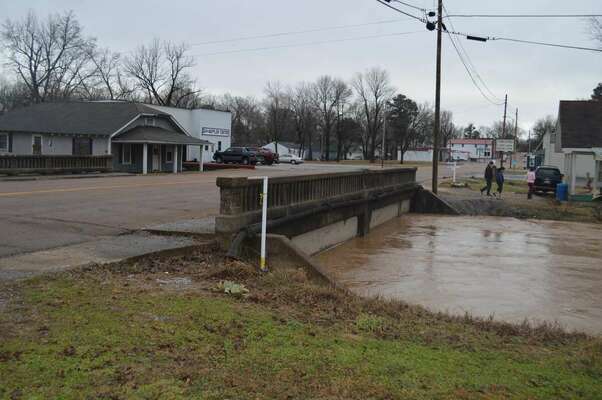 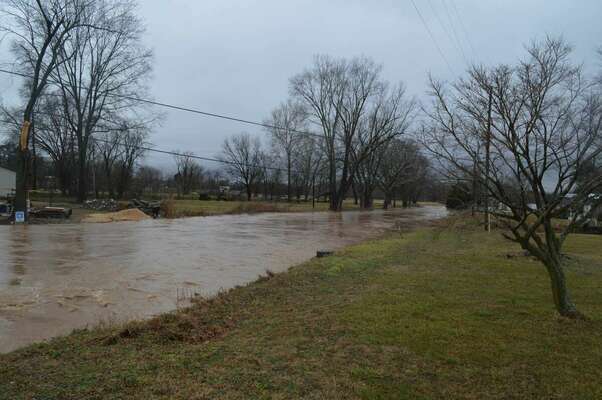 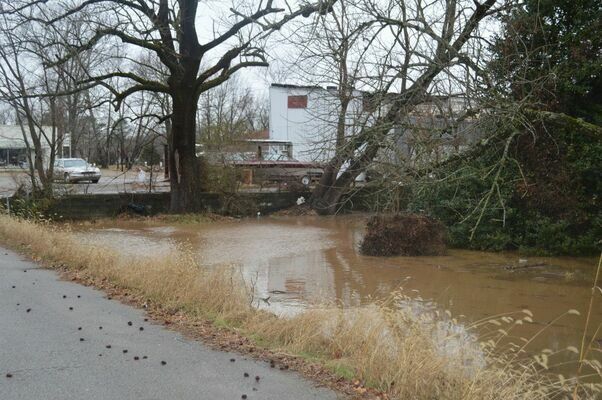 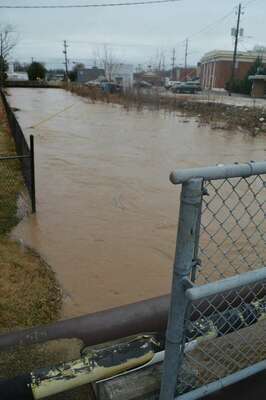 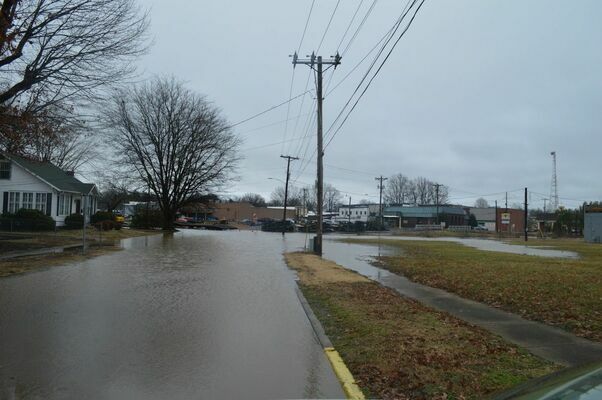 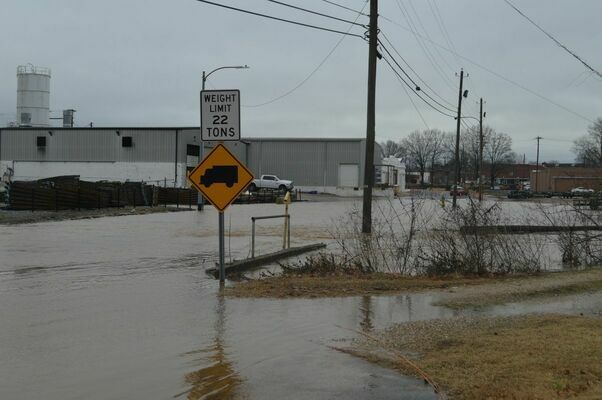 In a matter of just a few hours, as predicted for today, Feb. 17, storms passed through the Twin Cities area from mid-morning through mid-afternoon, bringing torrential downpours, lightening, thunder and strong winds. Rural roadways' flash flooding prevented some Fulton County School system buses from making their way to students' homes, while city streets such as Central Avenue in South Fulton and Fourth Street in Fulton were impassable to traffic. Temperatures following the storm dropped from earlier morning's mid-60s to this afternoon's 48 degrees once the rain ceased. (Photos by Benita Fuzzell.)