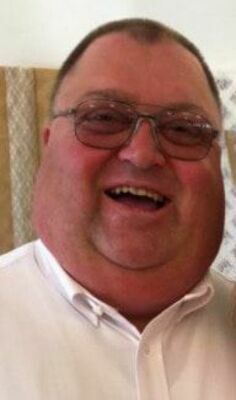 The longtime public servant announced his plans with the FCTA Board of Directors during their monthly noon meeting and then shared the same surprising news to the FCTA employees Thursday evening.

“In a bittersweet moment today, March 17, 2022, I announced to the Board of Directors my resignation/retirement,” Etherton said. “In a leadership role, I think there comes a time that change really can be for the better.”

The decision to leave the Transit agency has been one Etherton has put quite a bit of thought into during the past few months.

“I’ve spent the last 38 years of my career working for the public in this city and county and it is time that I spend some time taking care of myself, my wife, my children, and my grandchildren,” Etherton said.

“FCTA is a great organization,” Etherton said. “With the help of current and past staff, we have built a Transit agency that I feel is second to none.”

“I’m not certain what my next chapter in life is yet, but I still plan to be active in the community,” Etherton said. “I feel it’s time for a change and for me to take care of my personal life more. Thank you to my staff – both past and present – and the community that has been so supportive over the years.”

Etherton started as a volunteer firefighter in 1984 and said he fell in love with serving the community.

In 1988 he took a fulltime position with the fire department.

He also served as the Deputy DES director and as the part time DES director, now known as Emergency Management, for Fulton County in the early 1990’s.

"I would work DES on my fire department off days," Etherton said.

In 1997 I was promoted to Assistant Fire Chief/ Training office with the Fulton Fire Department, serving in that role until 1999, when he took a job with Air Products and Chemicals in Calvert City, Ky. He remained as a volunteer firefighter with FFD during that time.

He came back to work in Fulton in 2002 as the Director of FCTA until 2005 when he was hired as City Manager for the City of Fulton, where he served until 2010 when he returned to the FCTA Director's seat.

"I still plan on remaining on the park board and the serving on the Restoration Foundation. I am also going to see the Amtrak Project to completion," Etherton said.