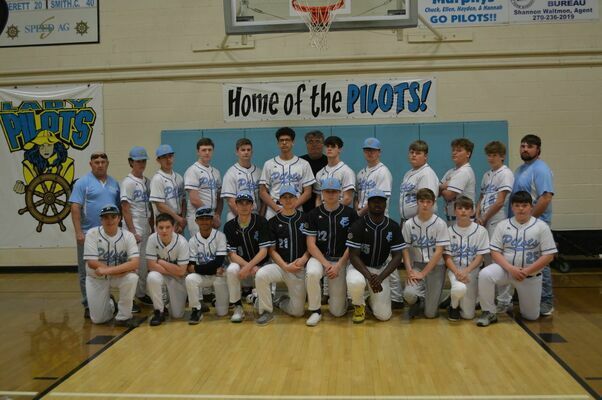 As the Fulton County High School Pilots take the field for the 2022 season, they will be under the direction of first year head coach Jason Gibbs. He will be joined by Assistant Coaches Larry Manus, Sklyer Allen, and Chad Everett on his coaching staff.

Coach Gibbs will look to improve on the 2-14 record from last season, with both victories coming against rival Fulton City.

The 2022 edition of the diamond Pilots will include 20 players on the roster. The team will be an older squad, with four seniors, four juniors, two sophomores, five freshmen, two eighth graders and three seventh graders.

As for leadership, Gibbs says the seniors and juniors have really taken on a leadership and mentorship role to the younger players on the team.

“Chade Everett, Max Gibbs, Luke Jackson and Drake Manus have each taken a mentor role to our middle school player in practice and I have observed several players like Quinn Lyons and Jamarius Brown helping teammates during practice,” he said.

“As well as, each of the players have stepped up by providing positive reinforcement to various teammates for accomplishments during and at the conclusion of practice,” he added.

The pitching rotation will center around Everett, Gibbs and Parker, with support from Brown, Manus, Griffiths and Bridges.

The outfield will be held down by Brown, Gibbs, Jackson and Griffiths.

When looking at the schedule, Gibbs is taking it one game at a time. “We look at our next game as our strongest opponent. Coming off a two win season with a total of 69 innings played, we can not take any opponent for granted,” he said.

The top asset Gibbs sees with this team is their unselfishness. “The top asset for our team in 2022 is we have a group of young men that love to play and enjoy being teammates. The team believes in ‘We>Me’!” he said.

As for the biggest challenges this season, Gibbs said it was to get the bat on the ball more often and to clean up errors. “Our biggest hurdles to overcome is hitting and errors. As a team last season, we did not hit well and gave up too many errors to allow ourselves the opportunity to be competitive. If we can put the ball in play and reduce basic mistakes, I believe we can be competitive with anyone on our schedule,” he said.

When asked what his goals were for the 2022 season, he had three answers: win the District 1 Championship, be competitive in every game, and improve our younger players to step in and succeed.

“Our plan to accomplish these goals is to out work, out play and have fun while doing it!” he said.