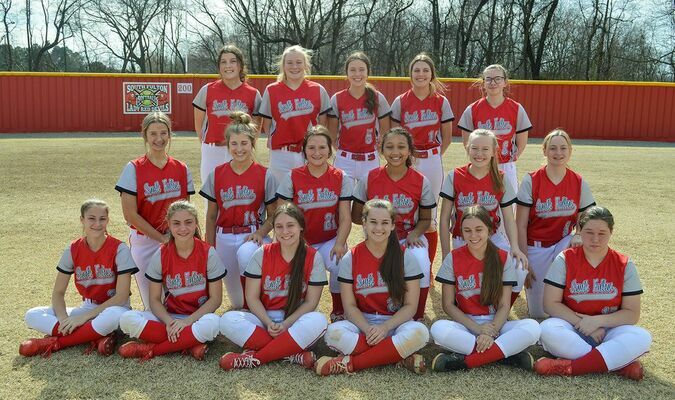 With 23 years to his credit coaching the South Fulton High School Lady Red Devils’ Softball team, Head Coach Curt Lee has seen the highs and lows of seasons which included multiple District and Region championships, as well as return trips to the State Tournament.

For this year’s 2022 season, Coach Lee, will share a commonality with his counterpart on the baseball diamond, as both he and Baseball Coach Jeremy McFarland will field a youthful team.

Lee lost two Lady Devils to graduation, which sounds like a small number, all things considered.

But, this year’s roster only includes one senior.

“Our team is young, but they are working hard and they are eager and ready to learn,” he said.

The Lady Devils recorded a 2021 season standing of 16 wins and 13 losses, overall and ended as runner-up for the District title.

Lee said he sees players to watch, in senior Mary Pitts, as well as Kaleigh Richert, who is a Junior, and sophomores Aubree and Anna Gore.

Dresden’s Lady Lions seem to be the most formidable opponent on the schedule for the Lady Devils, as the toughest in the District, with Halls Lady Tigers taking that distinction for the Region.

“Mary Pitts has showed great leadership with the other players. She wants everyone to work at a high level,” Lee said.

“Our goals for this year’s team are to first, get to the district championship game. Then we will go from there,” Lee said.