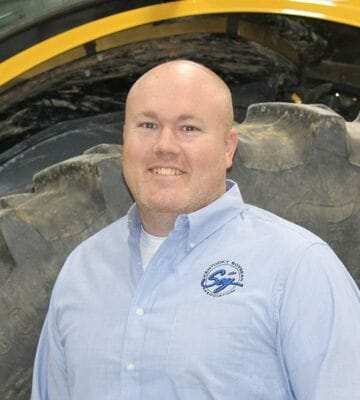 During the Kentucky Soybean Association spring board meeting, one important order of

Milliken stepped down after a career change left him with scheduling conflicts. The

Association appreciates Neal’s service and wishes him well in his new endeavors.

Matt Gajdzik of Mulberry Orchard in Shelbyville was selected to fill this empty seat.

Commodity Classic and was interested in serving. In addition to the orchard, agritoursim

expressed interest in filling the seat left vacant in the Purchase Area by Allen Pace, who

served the maximum of three, three-year terms allowed by the organization’s bylaws.

Moss was elected to this seat at the spring board meeting. In addition to soybeans and

corn, Moss owns and operates Moss Hog Farms and serves his community as the Fulton

policy efforts at both the state and national levels. KSA’s farmer-leaders travel to

affect those in the agriculture sector. Those same farmer-leaders have also developed

relationships with our lawmakers in Washington, D.C. and (under normal circumstances)

travel to the Capitol multiple times each year to visit our Senators, Congressmen and

lobby for the best interests of Kentucky’s soybean farmers.

the state by the farmer-members in those areas. Elections for vacant seats are normally

held during the Annual Meeting, which occurs during the Kentucky Commodity

Conference. That meeting is set for January 19, 2023, at the Sloan Convention Center in

Bowling Green. If you are a soybean farmer and KSA member interested in serving on

the Association Board, please contact our office to see if there’s a vacancy coming up in