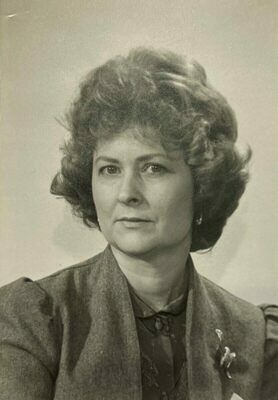 Funeral services were conducted at 2 p.m. May 1 in the chapel of Edmaiston Mosley Funeral Home, in Union City, Tenn., with Brother Blake Hatfield officiating. Burial followed in Brownsville (Ky.) Cemetery.

She had been employed at the District Attorney General’s Office of Memphis and Shelby County from which she retired. She also worked for the Drug Enforcement Task Force to help them out for several years. Mot was a member of Business Professional Women and member of Bellevue Baptist Church in Memphis.

She was also preceded in death by two brothers, James Caldwell and Billy Joe Caldwell; and two sisters, Betty Goff and Carolyn Caldwell.