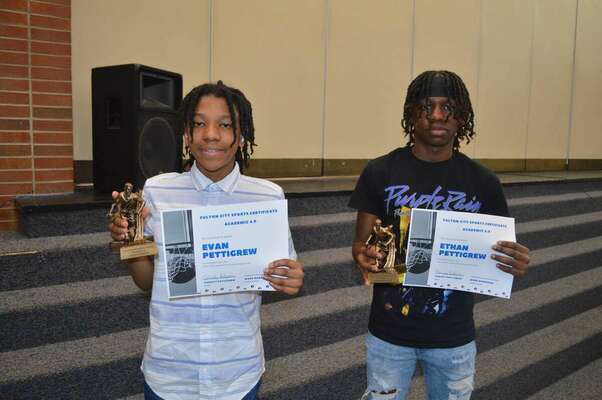 FULTON MIDDLE SCHOOL BASKETBALL AWARDS PRESENTED -- During the Fulton Middle School/High School Sports Awards Banquet held May 12, Ethan Pettigrew, with a 4.0 GPA, as well as Evan Pettigrew, also with a 4.0 GPA received the Academic Award for the FMS Boys' Basketball team. Ethan Pettigrew was also presented with the Offense Award and the MVP Award. (Photo by Benita Fuzzell.) 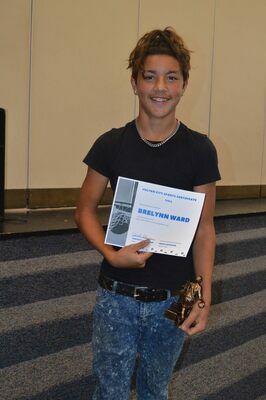 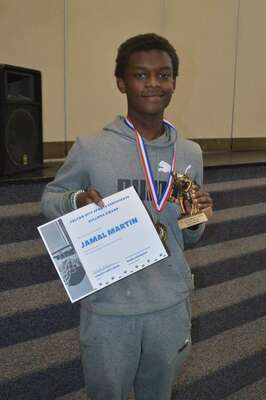 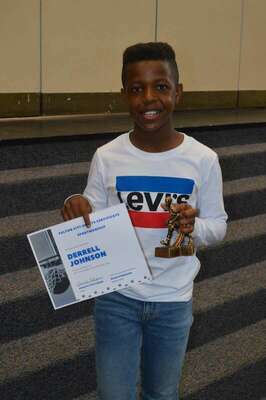 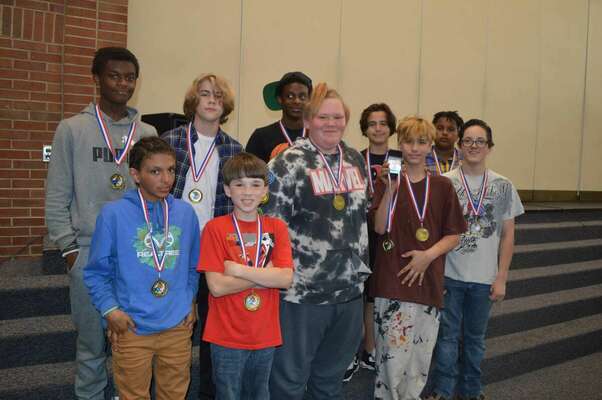 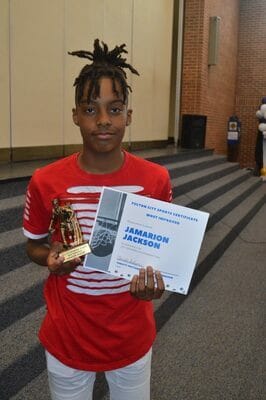 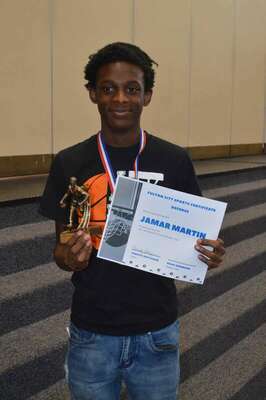 FULTON MIDDLE SCHOOL BASKETBALL AWARD WINNER -- Jamar Martin earned the award for Most Rebounds and Defense Award, for his achievements on the Fulton Middle School Boys' Basketball team. The awards were presented during the May 12 Sports Award Banquet. (Photo by Benita Fuzzell.) 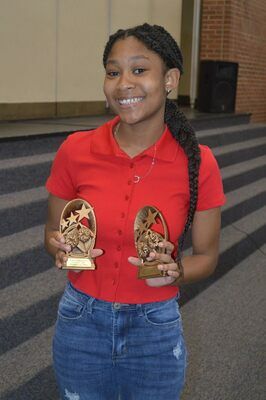 MIDDLE SCHOOL CHEER AWARD WINNER -- Reginae Caldwell, a member of the Fulton Independent Middle School Cheer team, was the recipient of the Most Valuable Team member and the Academic Award, presented during the May 12 Fulton Middle and High School Sports Banquet.
Previous Next

The 110% Award was presented to Brelynn Ward.

The Most Improved Award was presented to Jamarion Jackson.

The Sportsmanship Award was presented to Derrell Johnson.

Jamar Martin earned the award for Most Rebounds and Defense Award.