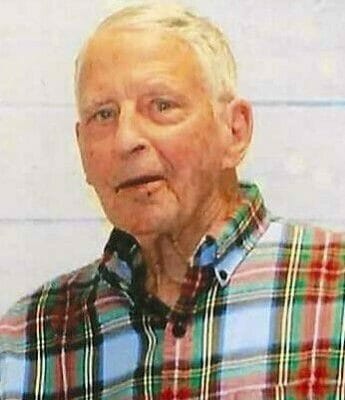 He lived in South Fulton for close to 20 years. He was the son of the late Dr. Loyd Templeton and Virginia McKelvey.

He is survived by his wife of 15 years, Barbara Bowers. He leaves his three children by his first wife, Barbara Ann Boyd Templeton, who died in 1993, Irene Templeton Smith and her husband, Tommy, Paul Boyd Templeton of Harrisonburg, Virginia and Ann Templeton Monin and her husband, Noel of Friday Harbor, Washington. He is also survived by two grandchildren, Hudson Smith of Oxford, Miss. and Olivia Monin of Friday Harbor, Washington, as well as a brother, John Templeton of Clayton, Georgia and sister, Virginia Stokes of Brentwood, Tennessee.

During the early 1980s Tom and his family moved to Massanutten, Virginia, where he served as Area Manager for multiple AmeriGas sites in the Shenandoah Valley. In an outstanding career, Tom came to over-see plant operations throughout the Shenandoah Valley and retired in 2000 as #1 Manager of the Year, the company’s highest award.

In his retirement Tom loved nothing better than embracing the mountains that encircled his world, digging in the dirt, planting for harvest, cooking, and canning, riding his horses, doting on his dogs, and loving his family. He loved the Methodist Church, grew up on the Methodist Hymnal and came to sing in the choir of every church he attended.

Not known to many, Tom was a gifted abstract artist. He was a painter who did not take his talent too seriously, but who maintained a studio room for creative work.

Memorial graveside services will be held on Wed., June 22, 2022 at 11 a.m. at Obion County Memorial Gardens with Reverend John Templeton officiating. Friends are asked to meet at the cemetery at the hour of service. Hornbeak Funeral Home of Fulton is in charge of services.