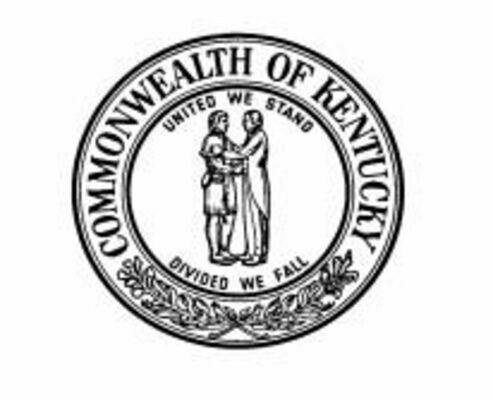 “This year’s SSWAK audited 21 federal programs compared to only 10 federal programs two years ago. I’m very proud of our auditors for their dedication and excellence given the scope of the work that was required of them to complete this year’s audit,” said Auditor Harmon. “With the increase in the amount of federal funds Kentucky has received in the last two fiscal years it places additional importance on our SSWAK audit and the problems it identified.”

The second volume of the Fiscal Year 2021 SSWAK report contains 30 findings, which include six repeat findings from the Volume Two SSWAK audit for Fiscal Year 2020, and six findings carried forward from the Volume One SSWAK audit for Fiscal Year 2021. Of the 30 findings, 22 relate to issues identified by the audit within either the Cabinet for Health and Family Services or the Office of Unemployment Insurance (OUI). Two federal programs received a qualified opinion as to federal compliance: The Food Distribution Cluster, and Unemployment Insurance.

“Several of the findings relating to OUI are issues that our auditors have identified in the past going back to the start of the pandemic,” said Auditor Harmon. “While OUI has made some improvements, this audit identifies repeat issues along with new problems. The SSWAK reports serve to not only identify problems but provide recommendations to address those issues. It is my hope the repeat issues the SSWAK identified in OUI and other agencies will be corrected as soon as possible.”

Among the new findings within Volume Two of the SSWAK are:

The Office of Unemployment Insurance (OUI) failed to record overpayments and penalties within the Kentucky Information Management System and notify UI claimants about the overpayments. Auditors noted during a review of the Kentucky Information Management System (KYIMS), which is used to manage unemployment and disaster relief programs, that some overpayment data in the Lost Wages Assistance and Federal Pandemic Unemployment Compensation programs was not recorded within KYIMS. Auditors reviewed a sample of 32 claimants with overpayments identified by OUI. OUI failed to enter the overpayment and penalty information for 24 claims related to 11 of the sampled claimants in KYIMS and failed to notify the claimant as required by federal law. This finding resulted in $127,415 in questioned costs.

The Office of Unemployment Insurance (OUI) did not maintain adequate supporting documentation for submitted reports and did not submit all required reports relating to the Lost Wages Assistance program. During the COVID-19 pandemic, the Lost Wages Assistance (LWA) program was created by the Federal Emergency Management Agency (FEMA) to provide additional unemployment benefits to claimants affected by the pandemic in August and September 2020. Auditors noted that OUI incorrectly reported the administrative costs as covered by FEMA. OUI reported $74,936 of administrative costs as part of FEMA’s share, yet only 75%, or $56,202, was allowable, a difference of $18,734 that is considered a questioned cost in this finding.

The Office of Unemployment Insurance (OUI) paid unemployment benefits to claimants who became ineligible due to their non-participation in the Career Development Services Reemployment Services and Eligibility Assessment (RESEA) program.The RESEA program is designed to identify a pool of individuals receiving unemployment compensation (UC) benefits who could be eligible for reemployment services, thus shortening their unemployment time. A review of 26 RESEA participants found that ten individuals did not participate as required, and the case files for nine of those individuals were not updated to indicate they had not completed the required RESEA activities. Three of the claimants erroneously received benefits after they didn’t participate in RESEA as required, which resulted in $6,372 of questioned costs on this finding.

“Auditors identify questioned costs when an expenditure is potentially in violation of federal law or the terms of a federal award. SSWAK Volume Two reports a total of $161,646 in questioned costs based on the samples reviewed by auditors that resulted in federal compliance findings,” said Auditor Harmon. “The majority of these questioned costs – $152,521 – stemmed from findings related to OUI, while the remainder related to programs under the purview of CHFS.”

You can review the Volume Two SSWAK report here. Volume One of the SSWAK, which Auditor Harmon’s office released in February, can be viewed here.


The Auditor of Public Accounts ensures that public resources are protected, accurately valued, properly accounted for, and effectively employed to raise the quality of life of Kentuckians.

Call 1-800-KY-ALERT or visit our website to report suspected waste and abuse.