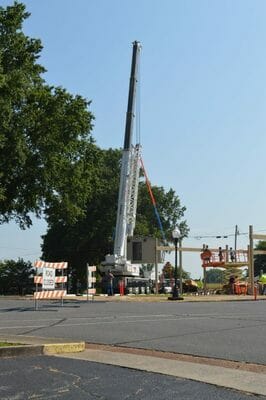 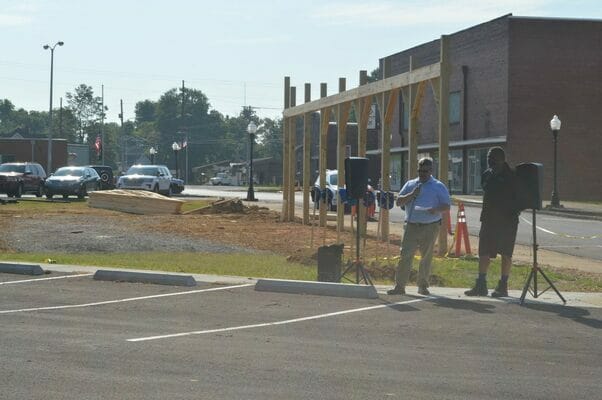 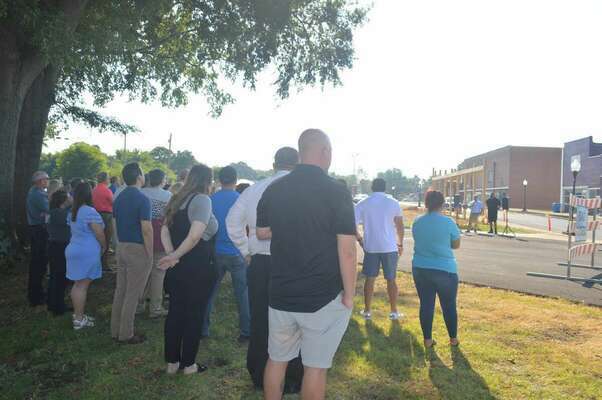 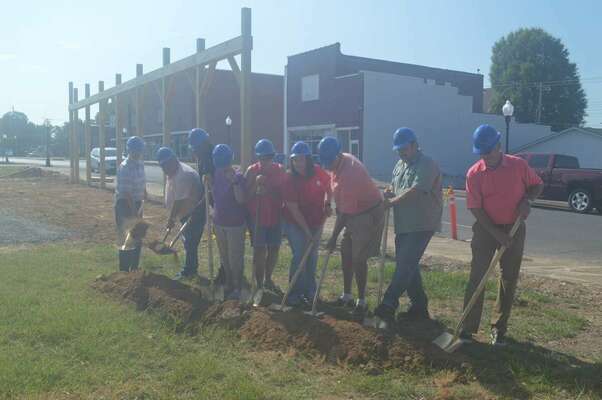 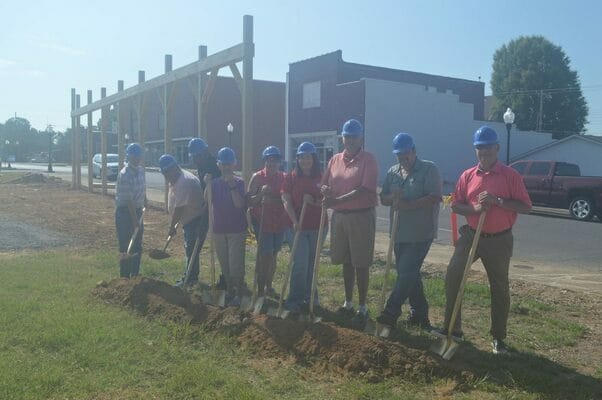 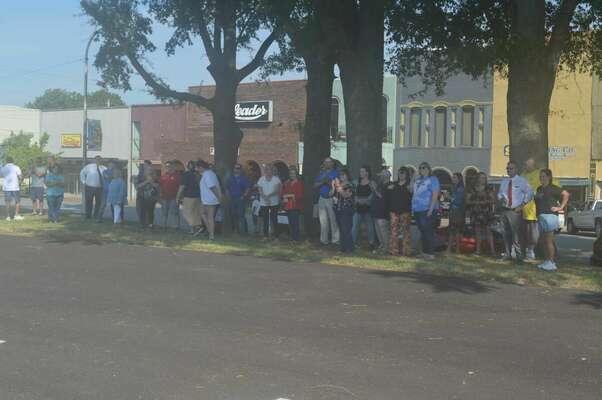 Hoisted by a massive crane on the morning of July 7, the permanent restroom facilities were put in place at Fulton's Farmers Market location at the corner of Walnut Street, adjacent to downtown Fulton's Lake Street.

The public was invited to an official groundbreaking ceremony on Friday, July 8 at 9 a.m., with the Farmers Market construction underway.

Fulton City Manager Mike Gunn, and Vice-Mayor/Commissioner Jeff Vaughn welcomed the crowd of approximately 50 on hand for the ground breaking, first sharing a history of the vision proposed for the farmers market structure.

Gunn credited Commissioner Quarrels and the Kentucky Agricultural Development Fund Board for the $82,000 grant funding, the Fulton Tourism Commission for providing the grant's matching portion and Fulton Rotary Club for a $5,300 grant for the on site restroom funding assistance.

He also recognized Fulton County Ag Development Board and Fulton County Cooperative Extension Service, the Purchase District Health Department, Fulton County Farm Bureau Insurance and espressed his appreciation to the late Mike Homra for partnering with the city, donating the property and assisting with funds to demolish the structure at the location.