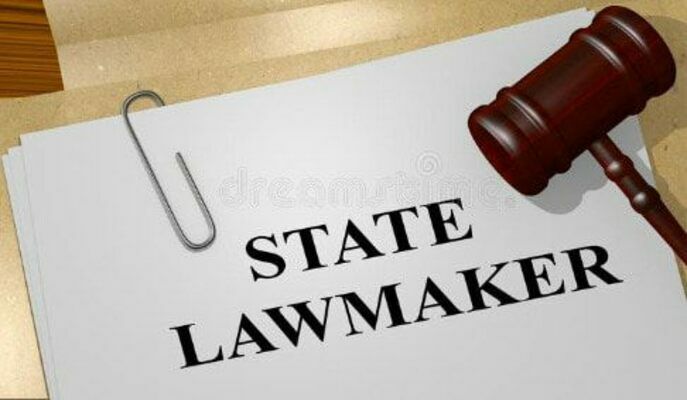 FRANKFORT – The Kentucky General Assembly passed 234 bills during this year’s legislative session, and most will take effect on Thursday.

That means that fentanyl dealers and porch pirates will face tougher penalties, the rules for public assistance are changing, and local school boards will be required to hold a public comment period.

The Kentucky Constitution specifies that new laws take effect 90 days after the adjournment of the legislature unless they have special effective dates, are general appropriation measures, or include emergency clauses that make them effective immediately upon becoming law. Final adjournment of the 2022 session was on April 14, making July 14 the effective date for most bills.

Some of the laws taking effect include measures on the following topics:

Anti-SLAPP bill: House Bill 222 seeks to protect freedom of speech. It will offer those who speak out against a matter of public interest protection from strategic lawsuits against public participation, known as SLAPP lawsuits.

Charter schools: House Bill 9 establishes a funding model for charter schools, building on legislation from 2017 that first allowed charters in Kentucky. It also authorizes two pilot charter school projects in Louisville and Northern Kentucky and changes the appeals process if education officials deny an application for a new charter school.

Child abuse: House Bill 263, known as Kami’s Law, makes criminal abuse against a victim under 12 years of age a Class B felony.

Child fatalities: Under Senate Bill 97, law enforcement are required to request a blood, breath or urine test from parents and caregivers suspected of being under the influence at the time of a suspicious child death. If consent is not given, this bill gives law enforcement the power to request a search warrant.

Criminal justice reform: Senate Bill 90 calls for pilot programs in at least 10 Kentucky counties, providing deferred prosecutions, diversion or dismissal of charges for some low-level offenders based on their participation in drug treatment and vocational services.

Death penalty: House Bill 269 adds serious mental illness to the list of disabilities that disqualify offenders from execution – if symptoms were occurring at the time of the offense.

Due process: House Bill 290 calls on state colleges and universities to adopt a student code of conduct for non-academic disciplinary procedures and provide students with due process protections that are similar to those in criminal and civil courts.

Education: Senate Bill 1 designates local superintendents as the lead official for selecting the appropriate educational curriculum and materials for local schools. It also includes language from the Teaching American Principles Act, which will require instruction in social studies to align with a list of core concepts and documents that supporters say are central to American civics.

Fentanyl: Known as Dalton’s Law, House Bill 215 requires those convicted of trafficking fentanyl, carfentanil or fentanyl derivatives to serve at least 85% of their criminal sentences, up from the current 50%. It also makes importing those drugs from another state or country a Class C felony and deems offenders ineligible for a pretrial diversion.

First responders: Senate Bill 64 aims to protect the confidentiality of first responders who participate in peer support counseling programs. Supporters say it will benefit thousands of public safety workers who frequently experience trauma on the job but could face repercussions from frank discussions in counseling.

Incest: Senate Bill 38 classifies incest as a violent offense. It also ensures that individuals guilty of incest complete at least 80% of their prison sentence.

Pari-mutuel wagering: House Bill 607 taxes every pari-mutuel wager at a standard 1.5% rate, including advance-deposit wagers and bets on simulcasts. It also directs more money to the general fund, makes the Kentucky Racing Commission responsible for self-funding, creates a self-exclusion list for problem gamblers and eliminates the track admissions tax.

Peace officer certifications: House Bill 206 prohibits anyone convicted of a misdemeanor sexual offense from serving as a peace officer.

Porch pirates: Senate Bill 23 cracks down on people who steal packages off front porches, often referred to as porch pirates. The bill makes it a Class D felony to steal or destroy packages from common carriers and delivery services such as Amazon or FedEx.

Public assistance: House Bill 7 revamps public assistance benefits and seeks to combat fraud with new rules around benefit eligibility. It also seeks to increase accountability from the state Cabinet for Health and Family Services and encourage healthy choices for those receiving nutritional assistance.

Religious services: House Bill 43 calls for equal treatment of houses of worship and religious organizations during a state of emergency.

School breakfasts: Senate Bill 151 calls on schools in the Federal School Breakfast Program to offer students up to 15 minutes to eat breakfast during instructional time.

Student mental health: House Bill 44 allows school boards to include provisions in their student attendance policy for excused absences due to a student’s mental or behavioral health status.

Transgender athletes: Senate Bill 83 will prevent male-to-female transgender students from participating in girls’ sports, starting in the sixth grade and continuing through college.