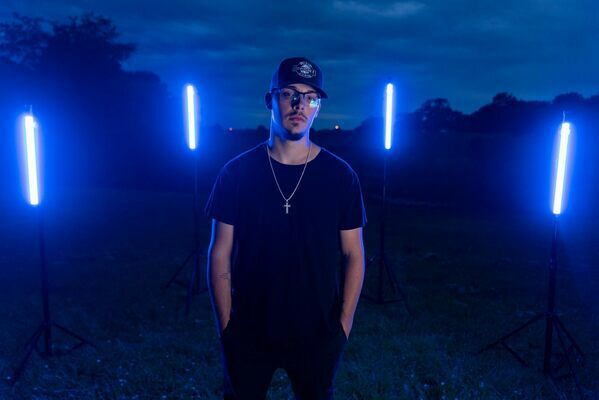 The Fulton Tourism Commission and the 2022 Banana Festival Committee has now been authorized to release the Saturday night headliner for this year’s Banana Festival, set for Sept. 9-17 in Fulton, Ky. and South Fulton, Tenn.

Chase Matthew will take to the stage at South Fulton’s Unity Park on the night of Sept. 17 at 8:30 p.m. for the free performance.

From Music City’s broadway scene to the Tennessee Hills you’ve most likely heard the name Chase Matthew. Chase, currently Co-Signed by Ryan Upchurch, has garnered an astounding 70 Million streams in a short four months with his project “County Line”.

With a rising position on billboard charts for 18 weeks and being placed on the biggest country playlists and stations (Hot Country, Todays Country, New Boots, The Highway XM) Chase has remained humble in his faith.

This God fearing artist is known for never turning down an opportunity to meet a fan, his friendly smile, and remaining grateful for every twist life throws his way. Currently Chase is preparing his new album “Born For This” dropping February 2022 which will include him hitting the road an playing venues across the nation.

This small town Tennessee boy still has a hard time believing he deserves the success he has achieved to this point. And he’s not the only one. It wasn’t uncommon for naysayers and industry suits to turn up their noses at this high school dropout. His audition for a prominent Nashville music school earned him little more than a definitive comment from the casting director: ”He isn’t good enough”.

While this experience had Chase questioning his path, his father offered encouragement, “Don’t listen to him son. He doesn’t know anything. He’s wrong! Son, you were born for this.”

Armed with the confidence of his father and a passion for writing, recording, and performing music, Chase poured himself into his craft. The recording studio and stage became his classroom. Chase’s father wasn’t the only one who provided support. His step-father Jeff gave him his first recording equipment and helped Chase navigate a studio. His Mamaw provided a solid musical foundation with herbackground as a church organist. His mother and father, both havingstrong musical backgrounds, provided a foundation for creativity.

In the press release provided, it states “It is certain there have been people who have said plenty about Chase Matthew since the beginning of his journey, but one thing he’s shown us is true... He was born for this.”

For more information, contact the Fulton Tourism Commission at 270-472-9000 or visit www.thebananafestival.com.