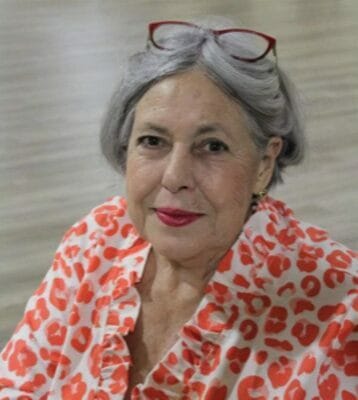 Ginger Edwards Bard passed away on August 25, 2022 at Baptist Health in Paducah, Kentucky.

Besides her parents, she was preceded in death by her son-in-law, Nick Rice, and her sister Jane Edwards Swoboda.

One of the area’s most talented musicians, Ginger graduated from The University of Tennessee at Martin on a piano performance scholarship where she excelled. She played the organ and piano along with the flute and most every other instrument during her years as a band director and music teacher at Fulton Independent Schools. She retired from Fulton County Schools where she taught music and Arts and Humanities.

Ginger also served on the State Advisory Committee for Arts and Humanities writing standards and curriculum for the Kentucky Department of Education.

She was currently serving as the organist and pianist at First United Methodist Church in Fulton, the Fulton Rotary Club, and was in constant demand to use those talents at weddings, funerals, and community celebrations. Her artistic talents were evident in other areas as well. She was known as a gifted seamstress, smocking clothing first for her daughters and then for children of family members and friends.

She was most recently chair of the 2022 Obion County Fair Flower Show for the Master Gardeners. In 2019 she was Co-chair and Codesigner of the Celtic Garden at the First United Methodist Church in Fulton.

She loved her church, Trinity Episcopal in Fulton where she served as Senior Warden and was the organist for over 40 years. A member recently remarked that she was the glue that kept the small church going. Ginger also served as the district representative to the Episcopal Diocese of Kentucky.

She was also known throughout the community as the director of the Ken-Tenn Food Bank where she was called upon daily to supply food for those in need. She worked closely with the Purchase Area Development District to improve offerings to area residents and began the Empty Bowls Project as a very successful fundraiser for the food bank.

In 2018, Ginger was named as the John Sullivan Citizen of the Year by Fulton-South Fulton Chamber of Commerce and was the 2019 Grand Marshall of the Annual Banana Festival Parade.

Services for Ginger Bard will be at the Trinity Episcopal Church in Fulton on Monday, August 29 at 2 p.m. with visitation at the church from 11 a.m. until the hour of service. Hornbeak Funeral Home of Fulton is in charge of arrangements.

In lieu of flowers the family requests donations be made to Trinity Episcopal Church, 1104 Vine Street, Fulton, KY. 42041.