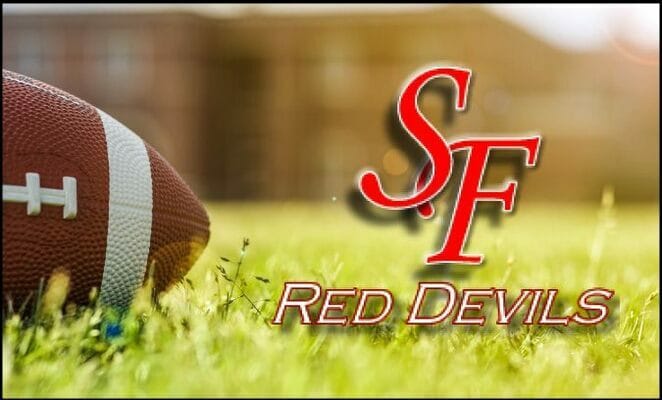 Ballard was first to score in the first quarter of play, but the Red Devils answered back on a 20 yard run by Trevor Stunson. The two-point attempt was no good, and at least for the moment, Ballard held on to the lead, 8-6.

Mason Parrish made a four yard run in, for the Devils’ second quarter TD, and Grant Joyner connected with Jesse Davis on the two-point conversion, as South Fulton took hold of contest for good.

Stunson found the end zone for the Devils twice in the third quarter, on an 11-yard run and a 53-yard sprint. Lejend Everett made good on the two-point conversion from the 11 yard run, but the same attempt on the 53 yard run-in was no good.

Ballard managed one more touchdown, in their 28-14 loss to the Devils.

Grant Joyner connected on three of four passes, for 35 yards.

Carson Choate was good on one of his two passes, for 41 yards.

Anthony Ross had one reception for 41 yards, with Parrish connecting twice for 21 yards and Choate was hit once for 14 yards.

Defensively, Everett led his team with 7 tackles, followed by Brody Moreland with 6 and Jesse Davis with 3.

The SFMS Red Devils are on the road Sept. 8 to Greenfield.