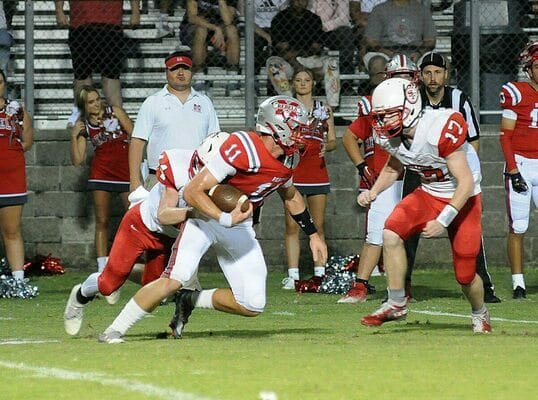 HOLDING ON – South Fulton Red Devils Will Clapper and Bryant Kimmons begin the take down of a McKenzie Rebel during South Fulton’s unsuccessful road trip Sept. 2. (Photo by David Fuzzell.) 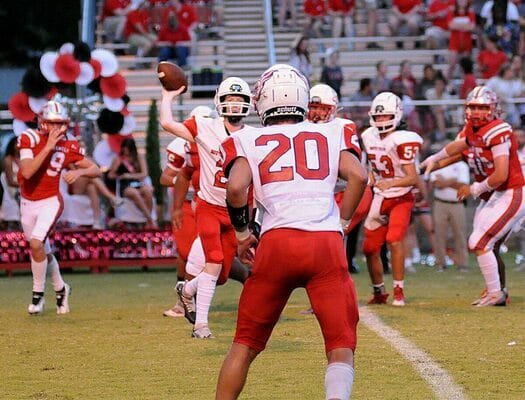 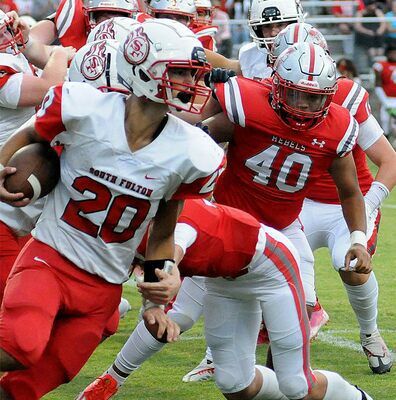 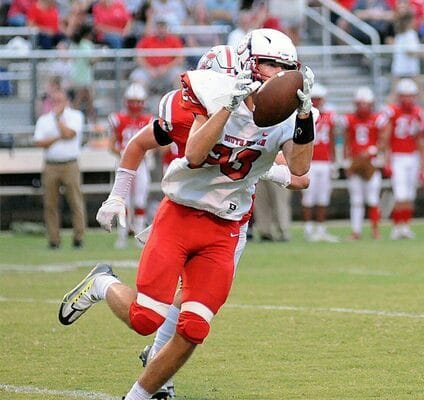 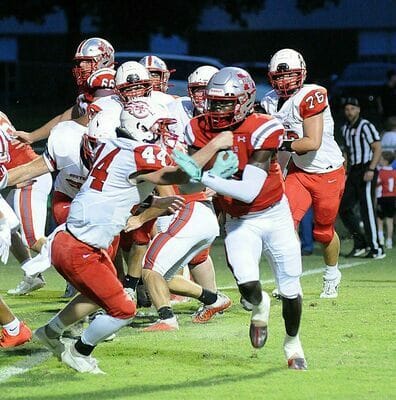 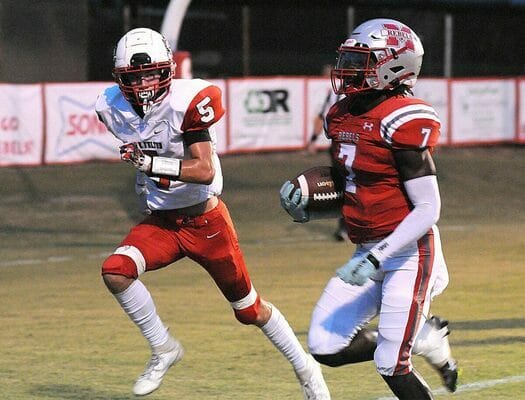 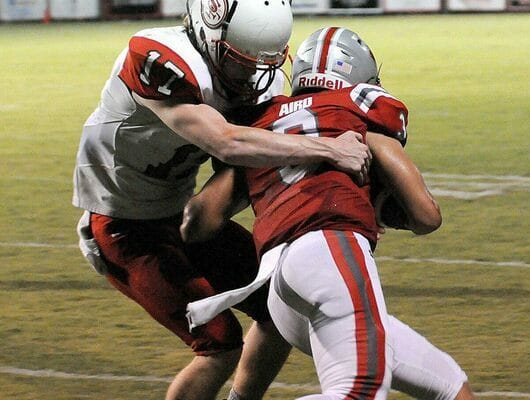 South Fulton’s lone touchdown came by way of a third quarter Brady McFarland pass to Conner Allen, for 79 yards. The two-point conversion attempt was not good.

McKenzie took the lead in the first quarter, 35-0, put 10 points on the board in the second, leading 45-0 at the half, and tacked on 7 and 2 in the third and fourth quarter, respectively.

Defensively, South Fulton’s Will Clapper and Bryant Kimmons topped their team with 6 tackles each; Joseph Mathias had 5 on the night; Connor Lawrence, Zach Hannan and Tim Davis, 4 tackles each; Conner Allen and Connor O’Neal, 2 tackles; and Jacob Nagel, 1.5. Nate Little and Harley Nagel had 1 tackle a piece.